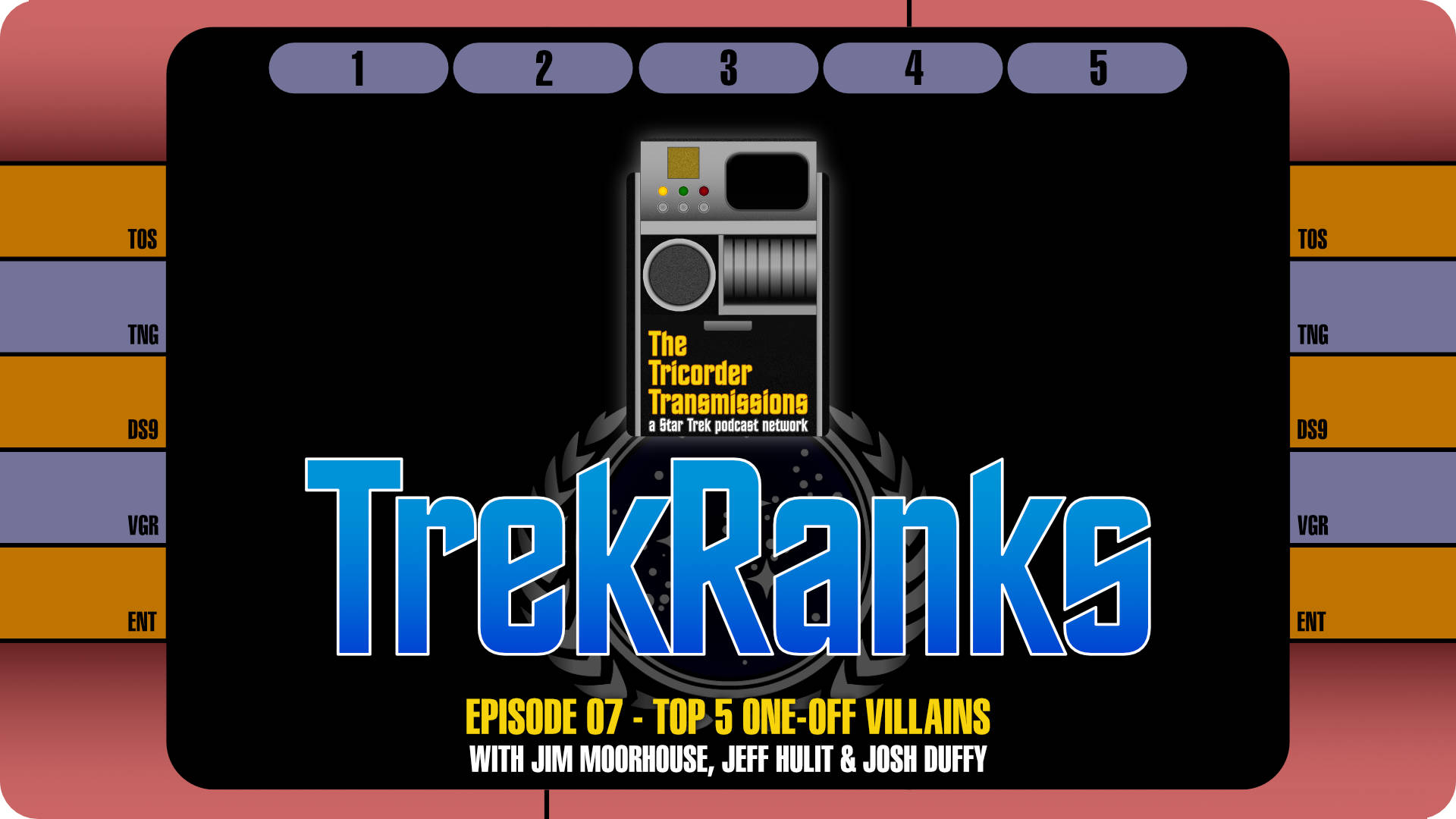 Throughout 700-plus hours of Star Trek there have been plenty of noteworthy villains in Star Trek history, and in this episode of the TrekRanks Podcast we breakdown the foils who made the biggest impact in just one appearance. Our hosts Jim Moorhouse and Jeff Hulit are joined by friend of the show Josh Duffy to dissect exactly what makes so many of these miscreants so memorable.

As they do in every episode, our hosts begin by running a Level One Diagnostic on the topic and discussing what they think of when they think of a great villain. A varying use of the Prime Directive by each host in coming up with their ranking criteria results in a number of wide-ranging picks. Additionally, Jim explains the rules defining a one-off appearance. (As an example, someone like Annorax, who appeared in the two-part "Year of Hell" is eligible for selection, but someone like Professor Moriarty, who appeared in two separate episodes in different seasons, is not.)

Jim, Jeff and Josh break down their selections in The Order of Things by revealing their "Five Word Summary and Hashtag" for each of their Top 5 One-Off Villain and the episode in which they appeared. This is definitely another great episode for fans of deep cut selections.

The result of the discussion reveals a cross-section of scoundrels, con-artists and obstructionists that leave their mark on Star Trek history, despite only appearing in one episode. The Secondary Systems section of the show goes even more in depth on some of the villains that just missed out. Soundbites from a few select episodes are also featured in the episode to help highlight some of the dastardly deeds by our favorite one-off villains.

After a quick recap of all the picks in the Regeneration Cycle, the episode concludes with a visit into a Temporal Causality Loop as we flashback to Episode 6 for listener feedback regarding our Top Five Food Moments.