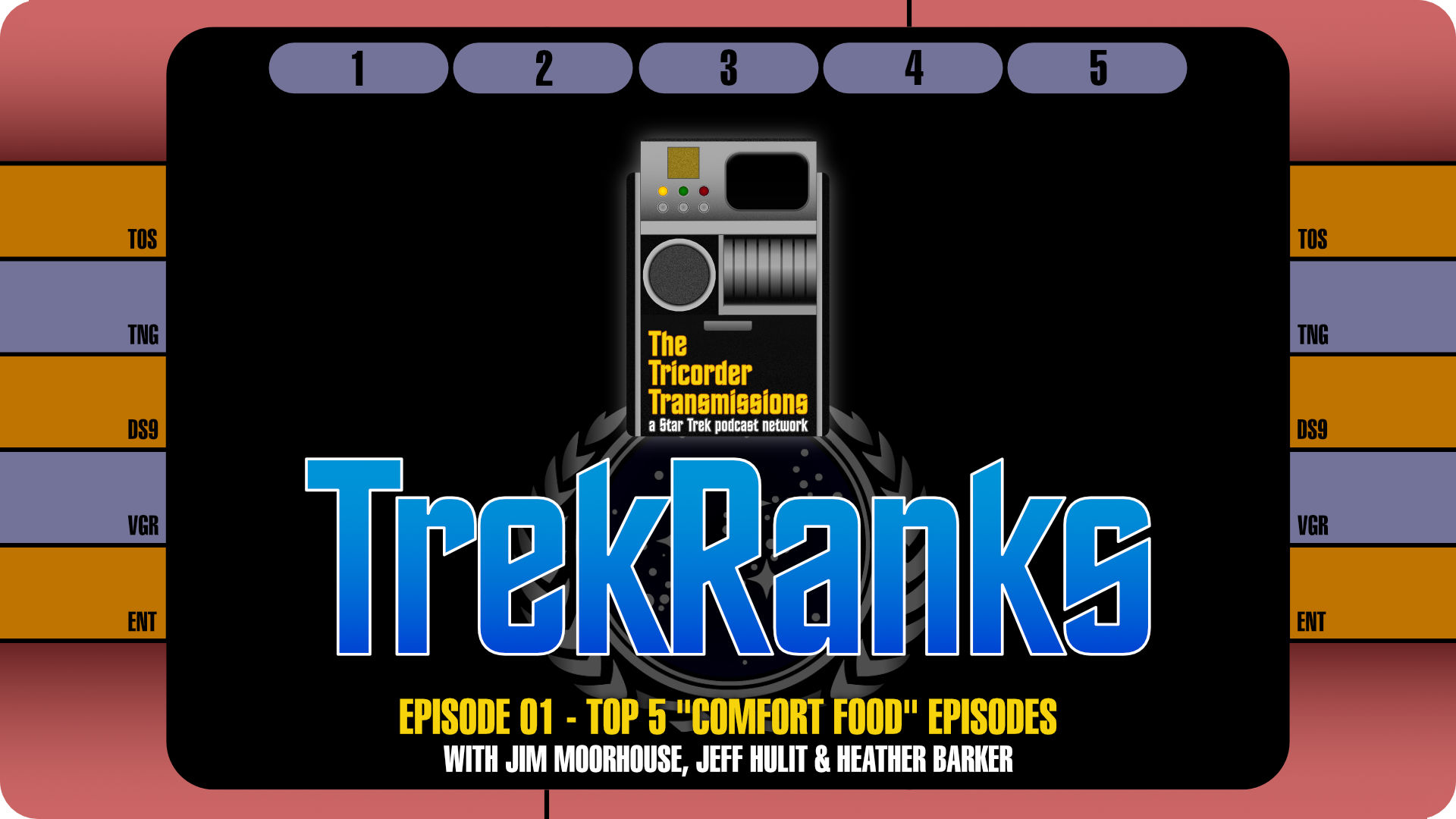 As they do in every episode, our hosts begin by running a Level One Diagnostic on the topic, and then discuss the Prime Directive that guided their ranking criteria. Jim, Jeff and Heather then break down their selections in The Order of Things by revealing their "Five Word Summary and Hashtag" for each episode.

Their choices run the gamut between deep cuts and all-time favorites, showcasing the variations of what each individual viewer might label as a "comfort food" episode. Whether it's an episode you just love watching over and over again, or one that you thing is perfect for a rainy Sunday afternoon at Jake Sisko's house, a "comfort food" episode speaks to you personally and can literally be anything to anyone. And that's exactly what we find to be revealed in this episode of TrekRanks!

After listening, make sure to hail us here on our website by leaving a voicemail and record your own personal TrekRanks log to let us know your Top 5 "Comfort Food" episodes. Your comments might be used via a Temporal Causality Loop in an upcoming episode.