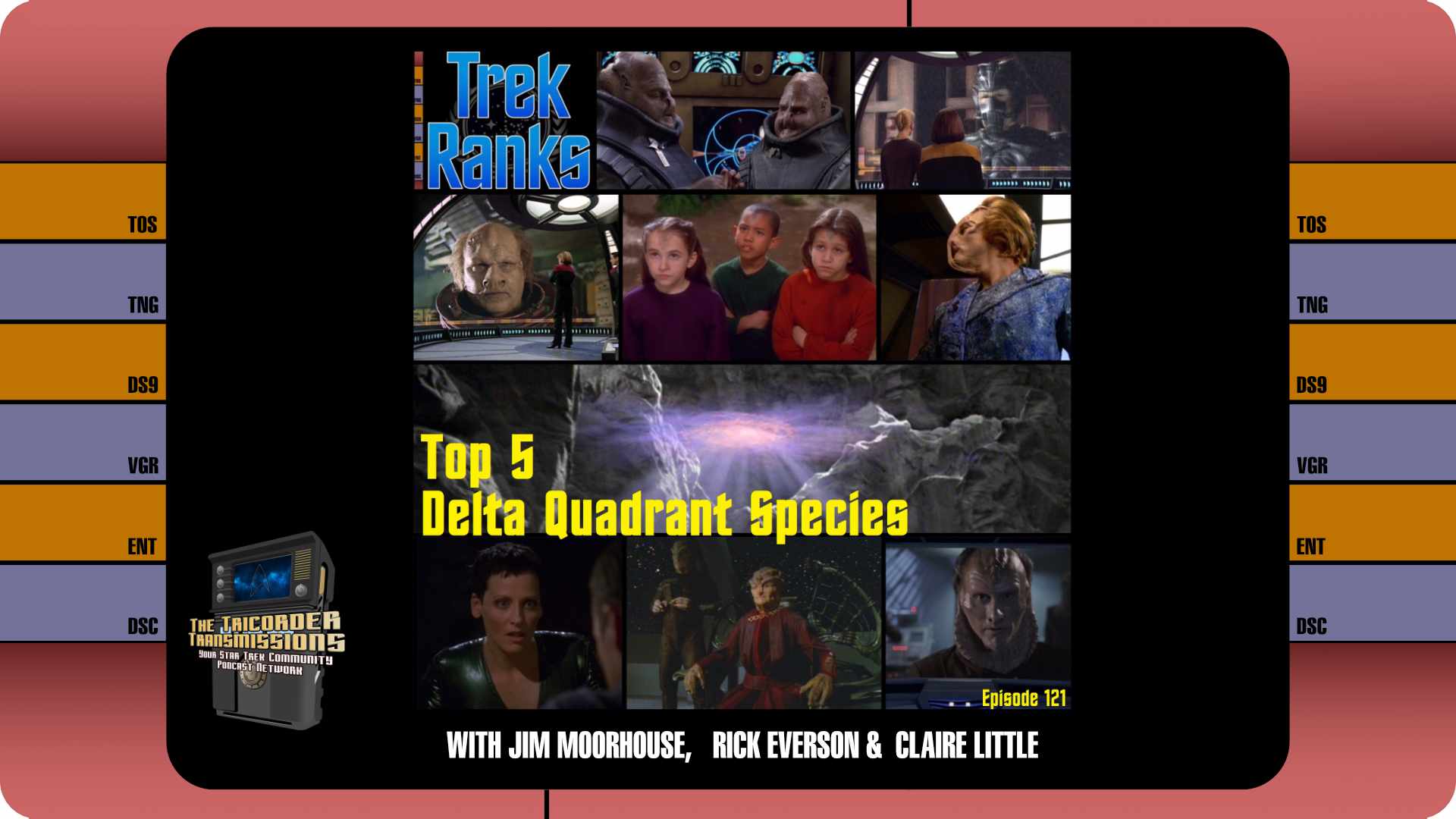 With the latest incarnation of Star Trek debuting this month and showcasing the return of both Kate Mulgrew and the Delta Quadrant, this is the perfect time to deep dive into our Top 5 Delta Quadrant Species on the new episode of TrekRanks. Our guests Rick Everson and Claire Little join host Jim Moorhouse to preview the new animated series, Star Trek Prodigy, while also deep diving into seven years and 168 episodes of Star Trek: Voyager. Whether they be major players or one-off appearances, we cover it all from the Ankari to the Zahl. Episode Rundown: • Level One Diagnostic Cycle: We discuss the premise of Star Trek: Prodigy and its place in the Trek pantheon as the first show designed as an entry point for kids. • Prime Directive: Our panel breaks down exactly how the narrowed down their lists and made their final picks. • The Order of Things: Everyone reveals their picks with the usual "Five words and a hashtag" summary, along with one episode that helps frame the species they are highlighting. o Secondary Systems: The crew discuss a few additional selections for the picks that just missed our lists. • Regeneration Cycle: After recapping all of our picks, the panel each picks one species from their list that they would most like to see return in Prodigy. • Temporal Distortion: We flashback to Episode 113 of TrekRanks and relay some of the statistics and episodes that were highlight in the great feedback we received from our breakdown of the Top 5 Kurtzman Era Episodes. If you have your own picks you would like to relay to us, please hail us at 609-512-LLAP (5527) and record your own personal TrekRanks log to let us know your Top 5 Delta Quadrant Species. (Or you can record it yourself and just DM us @TrekRanks on Twitter.) Your comments could be used in a Temporal Distortion on an upcoming episode (and might get you a chance to be a guest on a future episode, too). And don't forget to check out TrekRanks.com for our entire back catalog of episodes and a detailed rundown on every episode of Star Trek ever.