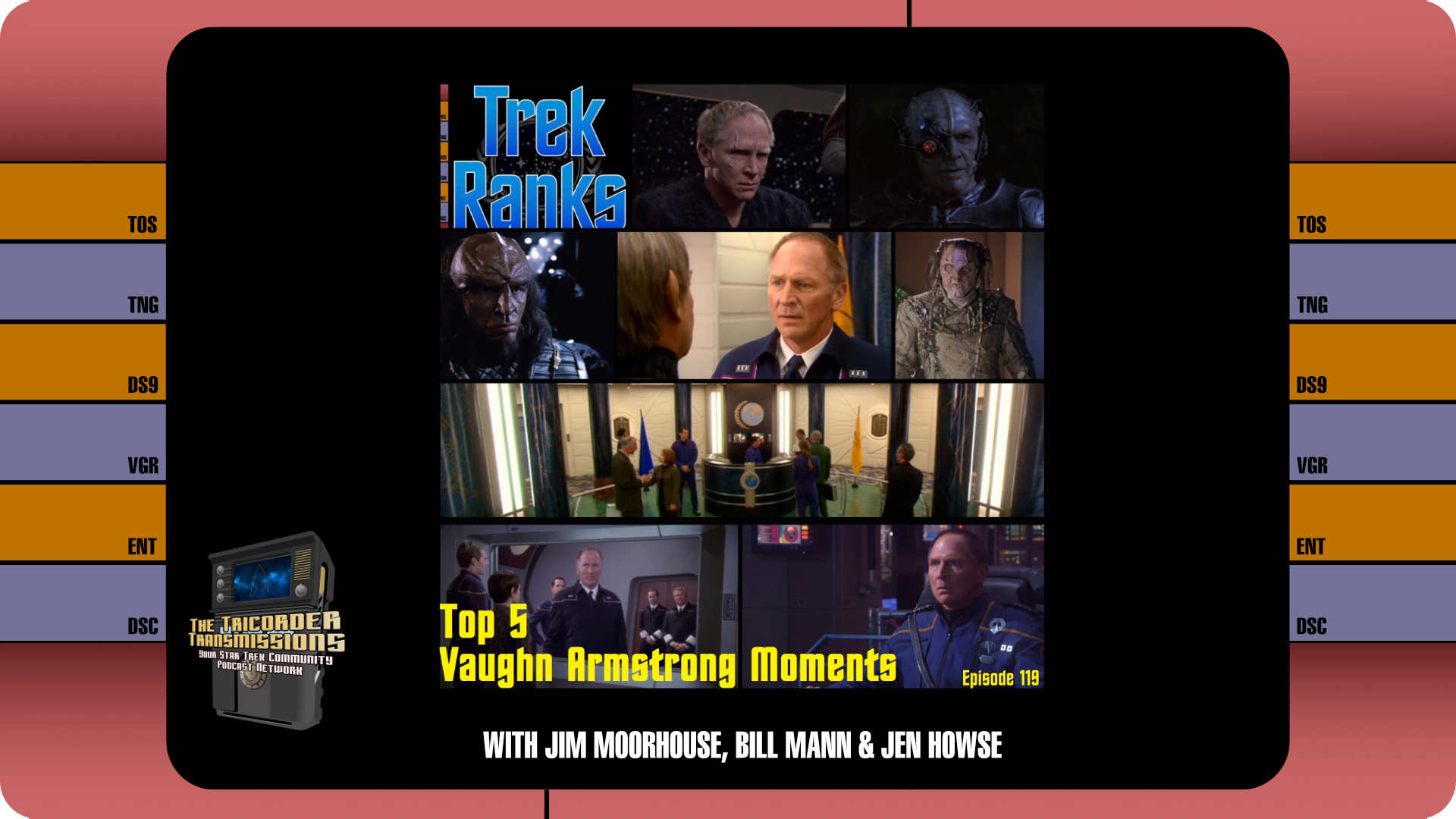 Vaughn Armstrong has played more distinct characters on Star Trek than any other person, and on this week's show we highlight that scope of work with our "Top 5 Vaughn Armstrong Moments." You will know him best as Enterprise's Admiral Maxwell Forrest, but he has also been a Klingon, Romulan, Cardassian and more! All told, he has played 11 different characters across four different series and 28 overall episodes. He may not be a household name, but in the Trek Universe he is a legend and our panel of host Jim Moorhouse and guests Bill Mann and Jen Howse get into the details of exactly how this chameleon has impacted Star Trek. Episode Rundown: Level One Diagnostic Cycle: We breakdown all the details of the characters Armstrong has played throughout his career (eight different species!) and then each of our panelists choose one word to help describe the Trek actor when they think about his body of work. Prime Directive: Our crew breaks down exactly how they defined their lists and made their picks, which covered a very narrow canvass of only 28 episodes. The Order of Things: Everyone reveals their picks with the usual "Five words and a hashtag" summary, along with one episode or moment to define the work of Vaughn Armstrong. Secondary Systems: Our guests each rattle off some additional selections for the picks that just missed our lists! Regeneration Cycle: Everyone recaps their picks and discuss some of the interesting statistical anomalies that arose from the discussion. (Including just how many times Vaughn Armstrong's characters died!) Temporal Distortion: We flashback to Episode 111 of TrekRanks when we tackled our Abstract One lists. We got in a ton of great picks for that topic and Jim relays a few of the best lists. If you have your own picks you would like to relay to us, please hail us at 609-512-LLAP (5527) and record your own personal TrekRanks log to let us know your Top 5 Vaughn Armstrong Moments. (Or you can record it yourself and just DM us @TrekRanks on Twitter.) Your comments could be used in a Temporal Distortion on an upcoming episode (and might get you a chance to be a guest on a future episode, too). And don't forget to check out TrekRanks.com for our entire back catalog of episodes and a detailed rundown on every episode of Star Trek ever.