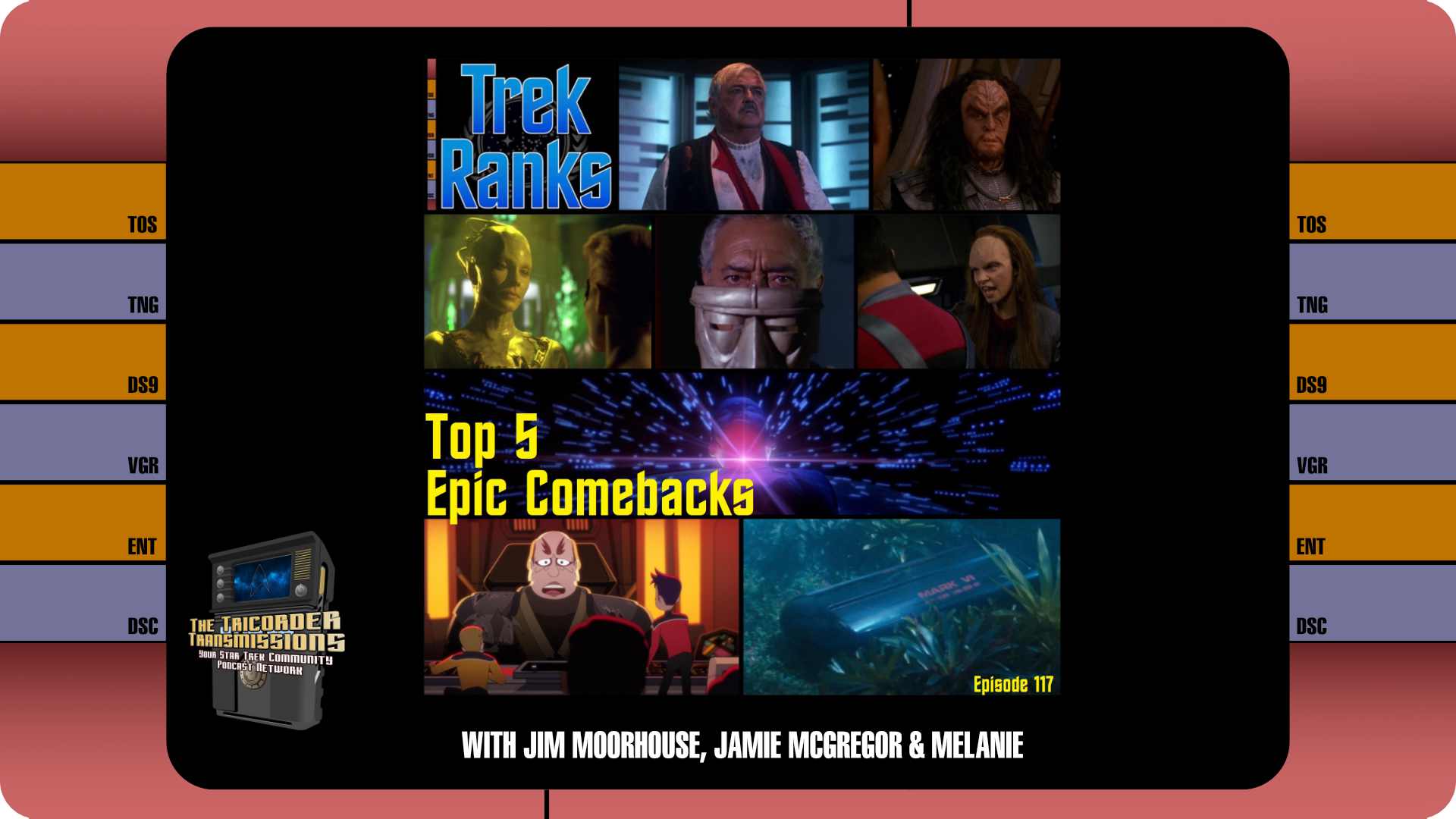 This one is all about triumphant returns, resurgences and recoveries! It’s the Top 5 Epic Comebacks on the latest TrekRanks (just in time for the premiere of Season 2 of Lower Decks, which will have an epic comeback of its own at some point with Boimler somehow getting back to the Cerritos). Our expert panel of Jim Moorhouse, Jamie McGregor and Melanie (of the First Flight Podcast) get deep into Trek lore with comebacks that span series, seasons and episodes, as well as non-universe production elements. This is a great episode to comeback to TrekRanks for!Episode Rundown:?Level One Diagnostic Cycle: Comebacks are oddly defined by a lot of "r" words (return,recover, resurgence, rally, revival, rebound!), something the comes up in this Diagnostic Cycle.?Prime Directive: For a topic like this, there are a lot of ways to approach a comeback, and our crew covers every corner, while making sure they are all suitably epic.?The Order of Things: Everyone reveals their picks with the usual “Five words and a hashtag” summary, along with one episode that helps frame their choice.oSecondary Systems: Our guests each rattle off a few additional selections for thepicks that just missed our lists!?Regeneration Cycle: Everyone recaps their picks and discuss some of the interesting statistical anomalies that arose from the discussion.?Temporal Distortion: We flashback to Episode 108 of TrekRanks and relay some of the great feedback we received from our listeners. If you have your own picks you would like to relay to us, please hail us at 609-512-LLAP (5527) and record your own personal TrekRanks log to let us know your Top 5 Epic Comebacks. (Or you can record it yourself and just DM us @TrekRanks on Twitter.) Your comments could be used in a Temporal Distortion on an upcoming episode (and might get you a chance to be a guest on a future episode, too).And don’t forget to check out TrekRanks.com for our entire back catalog of episodes and a detailed rundown on every episode of Star Trek ever.