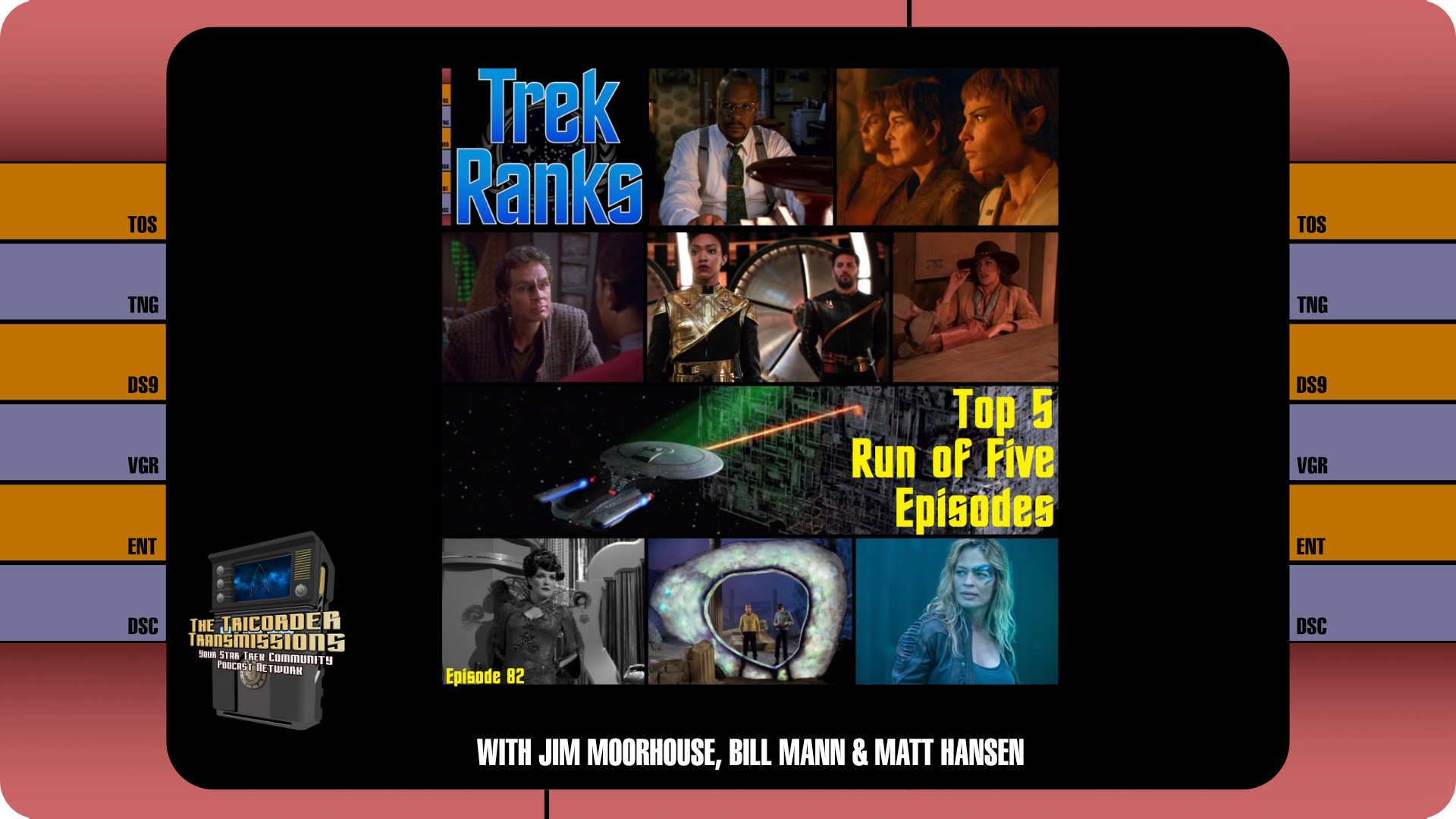 We tackle more episodes than ever before on this week's edition of TrekRanks. It's the Top 5 Run of Five Episodes, which means we are highlighting the best runs of five consecutive episodes in Trek history. Our guests each make 25 picks, so that means we break down 75 total episodes on this jampacked episode of TrekRanks! Broadcast order, production order, in-universe chronological order - there's lot of ways to tackle this topic, and we have an expert panel to break it all down with host Jim Moorhouse and guests Bill Mann and Matt Hansen. This one is all about the big episodes and deep cuts!

This week's show begins with a quick Diagnostic Cycle on all the different ways to approach this topic, then we jump into the Prime Directive section of the show where each of our guests defines how they narrowed down their selections and made their final picks.

Jim, Bill and Matt then break down their final picks in The Order of Things by revealing their "Five Word Summary and a Hashtag" and then rattle off their five-episode runs in each of five different rounds. Everything is in bounds this week, and the conversation reflects that. When it's all said and done, we add a few Secondary Systems selections.

After a quick recap of all 75 episodes in the Regeneration Cycle, the episode concludes with a visit into a Temporal Causality Loop as we flashback to Episode 76 and our Top 5 Comedic Characters.

As always, make sure to hail us at 609-512-LLAP (5527) and record your own personal TrekRanks log to let us know your Top 5 Run of Five Episodes. Your comments might be used via a Temporal Causality Loop in an upcoming episode. And your recording might also be considered as an audition as a future TrekRanks' guest host.

And don't forget to check out TrekRanks.com from our entire back catalog of episodes and a run done on every episodes of Star Trek ever.