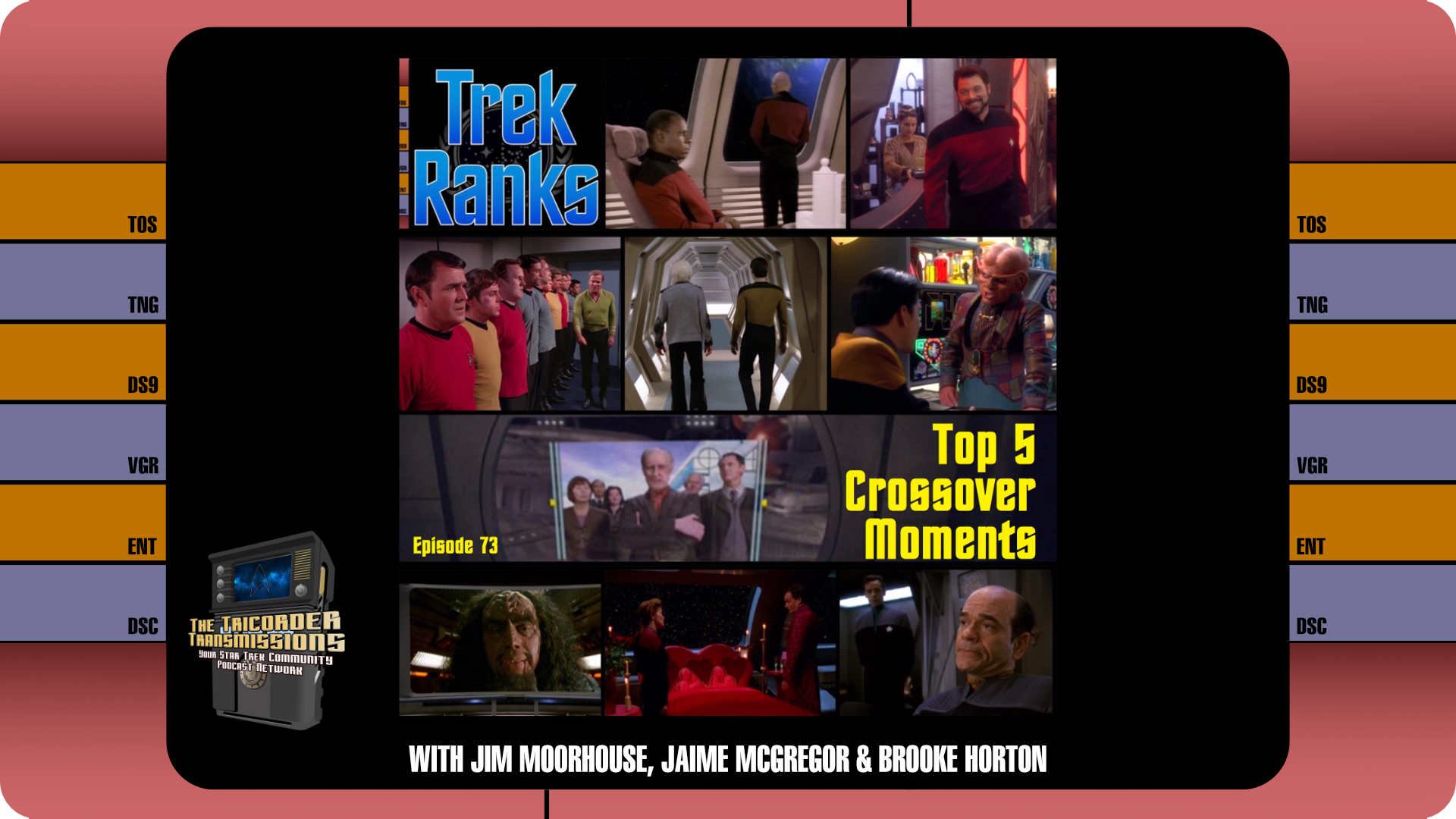 In the second of three episodes of TrekRanks previewing the Star Trek: Picard series, this week we look at the Top 5 Crossover Moments in Trek history. We are discussing all those great tangible moments when characters and actors from one series appeared in an episode of another series. With Voyager's Seven of Nine set to appear alongside Jean-Luc Picard, our panel goes deep into Trek lore to discuss some of the biggest crossovers ever seen in Trek.

This week's Level One Diagnostic Cycle opens the show by defining exactly how big or small a crossover moment can be, stressing that it needs to be more than just a reference, but an actual crossover of characters. In the weekly Prime Directive each panelist, which this week features host Jim Moorhouse and guests Jamie McGregor and Brooke Horton, then breaks down exactly how they narrowed down their list and finalized their picks.

In The Order of Things everyone reveals their Crossover Moments followed by their "Five Words and a Hashtag" summary and the episode in which it appeared. And, as always, the picks get even more in depth when the crew calls up their Secondary Systems selections.

After a quick recap of all the picks in the Regeneration Cycle, the episode concludes with a visit into a Temporal Causality Loop as we flashback to Episode 68 and our Abstract Threes, one of the most popular (and odd) topics in TrekRanks history.

As always, make sure to hail us at 609-512-LLAP (5527) and record your own personal TrekRanks log to let us know your Top 5 Crossover Moments. Your comments might be used via a Temporal Causality Loop in an upcoming episode. And your recording might also be considered an audition to potentially host a future episode of TrekRanks!