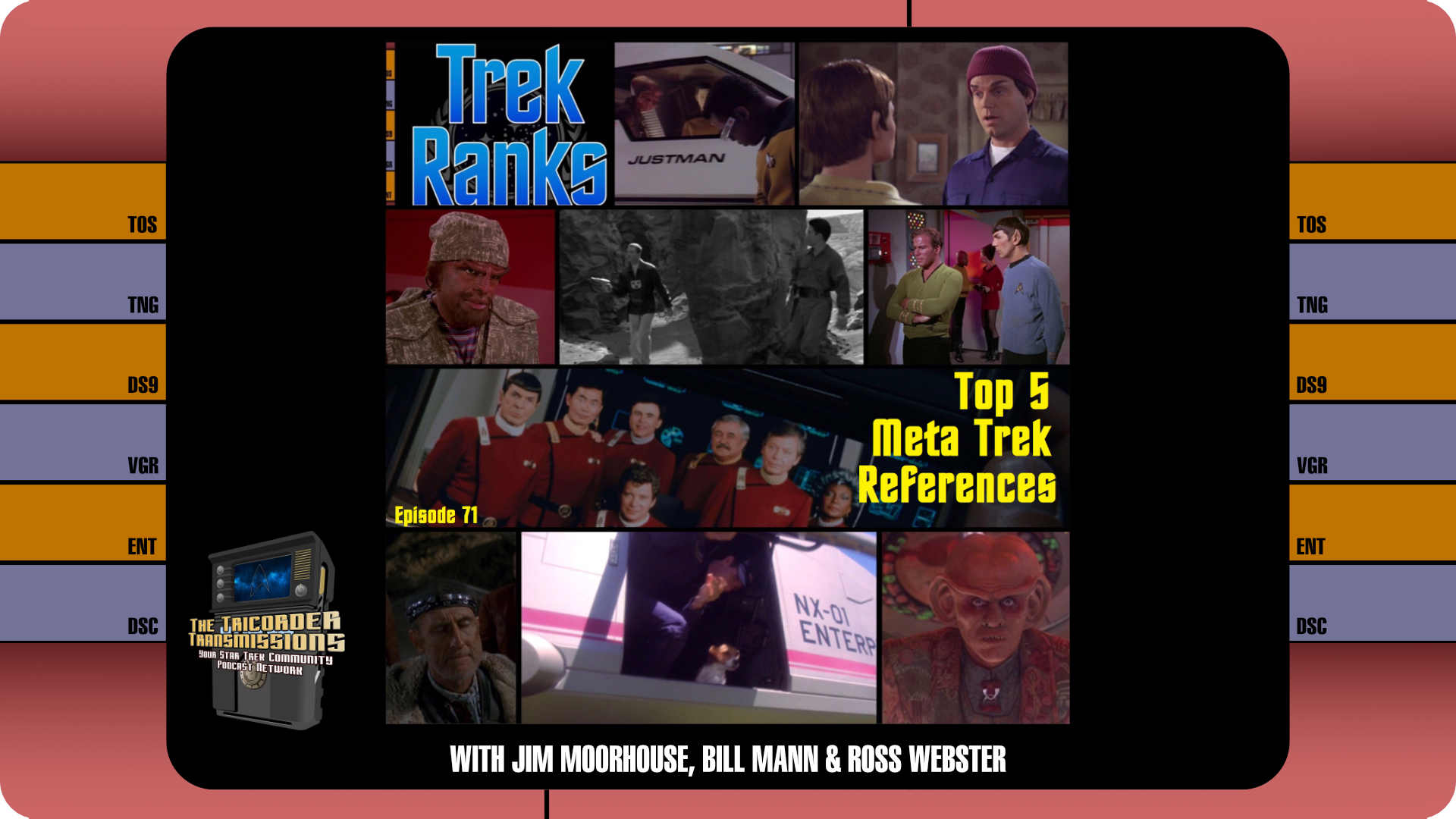 It's another deep-cut topic on TrekRanks as we dive into our Top 5 Meta Trek References. It's all about those little hidden moments inside of Trek where the writers, producers and actors wink at the audience and themselves, as they basically reference Star Trek the show – inside Star Trek the show. Two great TrekRanks veterans, Bill Mann and Ross Webster, join host Jim Moorhouse to dig deep into Trek's 700-plus hours to create their unexpected lists.

This week's show begins with a critical normal Diagnostic Cycle that digs deep into how we are defining a Meta Trek Reference. Jim gives the most obvious example (Zefram Cochrane saying the words "star trek' in First Contact) and explains that that meta pick is basically off the table. We then move into our Prime Directive, where each of our guests defines how they narrowed down their selections and made their final picks.

Jim, Bill and Ross then break down their final picks in The Order of Things by revealing their "Five Words and a Hashtag Summaries" and the episode that showcased their meta reference. Everything is in bounds this week, and the conversation reflects that. When it's all said and done, we add a few Secondary Systems selections.

After a quick recap of all the picks in the Regeneration Cycle, the episode concludes with a visit into a Temporal Causality Loop as we flashback to Episode 67 and our Top 5 Sneaky Good Episodes.

As always, make sure to hail us at 609-512-LLAP (5527) and record your own personal TrekRanks log to let us know your Top 5 Meta Trek References. Your comments might be used via a Temporal Causality Loop in an upcoming episode. And your recording might also be considered as an audition as a future TrekRanks' guest host.