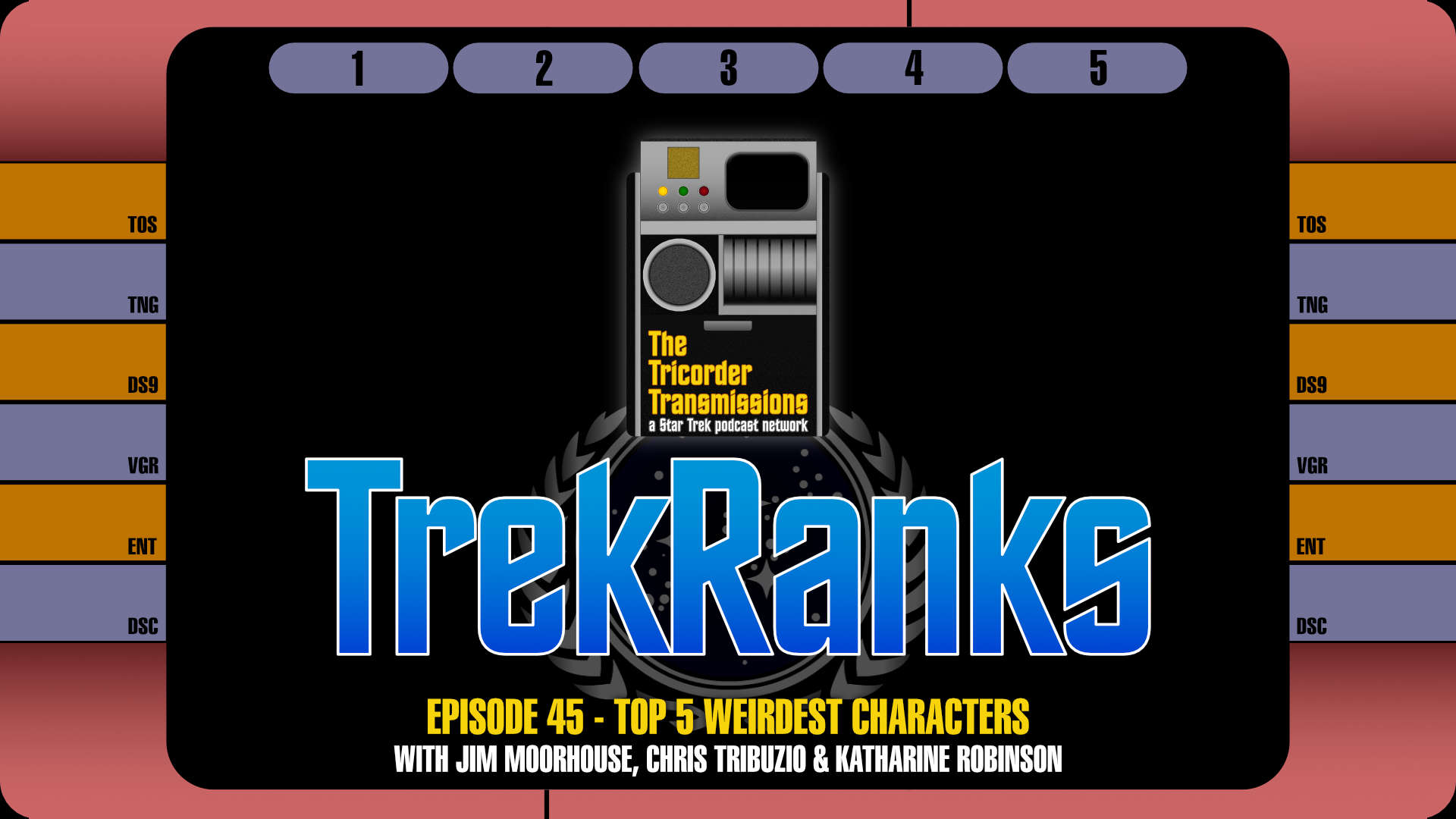 "We're TrekRanks. Weird is part of the job." This week we break down our Top 5 Weirdest Characters, which serves as a nice companion piece to last week's episode on Wisest Characters. From species to performers to characters, Trek has had its share of weird, and we cover it all this week as host Jim Moorhouse and guests Chris Tribuzio and Katharine Robinson dive into some deep cut weirdness.

This week's show opens with a Prime Directive in which each guest selects a non-Trek character that they would define as weird, and then break down exactly how they went about creating their lists and finalizing their picks. (Of course, in usual Trek ranks style, this episode is a celebration of the "weird," since everyone's weird is some else's normal, and vice versa.)

Jim, Chris and Katharine then break down their final picks in The Order of Things by revealing their "Five Word Summaries and a Hashtag." Based on the Prime Directive from each host, there are many different ways to define a weird character and the picks this week cover every aspect of weird in exceedingly different ways. Each character picks also accompanied by an episode selection that best defines that character. If you are a fan of deep cut picks, then this is the episode for you, as the deep cuts abound. Following The Order of Things the picks get even more in depth when the crew calls up their Secondary Systems selections.

After a quick recap of all the picks in the Regeneration Cycle, the episode concludes with a visit into a Temporal Causality Loop as we flash back to our Top 5 Wisest Characters with a number of smart picks.

As always, make sure to hail us at 609-512-LLAP (5527) and record your own personal TrekRanks log to let us know your Top 5 Weirdest Characters. Your comments might be used via a Temporal Causality Loop in an upcoming episode. And your recording might also be considered as an audition as a future TrekRanks' guest host!