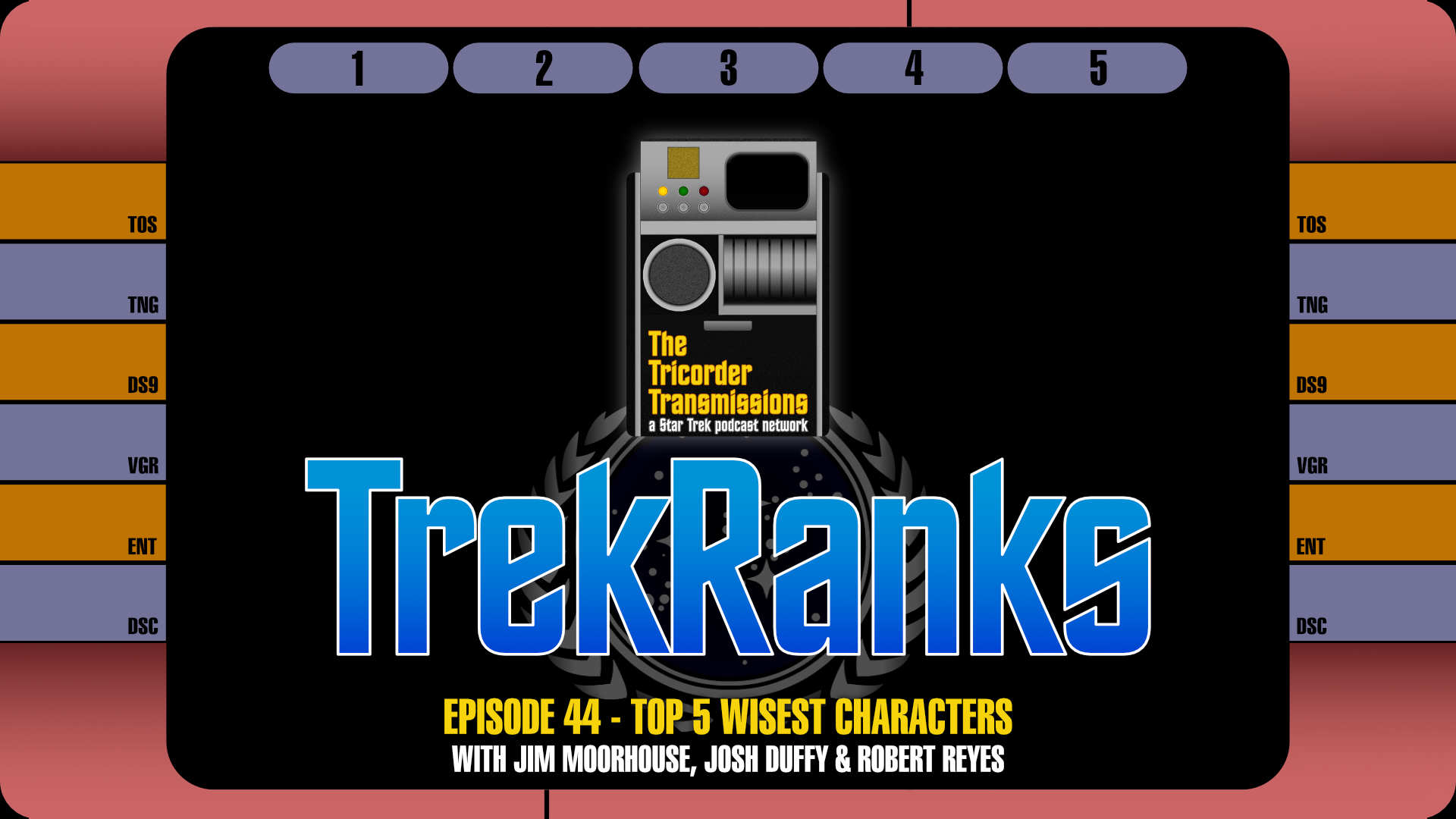 Want to feel smarter? Well, all you have to do is listen to this week's TrekRanks as we study our picks for Trek's Top 5 Wisest Characters. Star Trek has obviously been populated with wise and insightful characters, adding layers of depths to everything happening around them.

Wise insight. Wise speeches. Wise decisions. Our host Jim Moorhouse, along with guests Josh Duffy and Robert Reyes, have all the smart stuff covered this week.

This week's show opens with a Prime Directive in which each guest selects a non-Trek character that they would define as wise, and then break down exactly how they went about creating their lists and finalizing their picks.

Jim, Josh and Robert then break down their final picks in The Order of Things by revealing their "Five Word Summaries and a Hashtag." Based on the Prime Directive from each host, there are many different ways to define a wise character and the picks this week are wide and varied. Each character picks also accompanied by an episode selection that best defines that character. Classics and deep cuts abound, and the picks get even more in depth when the crew calls up their Secondary Systems selections.

After a quick recap of all the picks in the Regeneration Cycle, the episode concludes with a visit into a Temporal Causality Loop as we flash backwards (and forward for the first time) with a quick look at all of our Guilty Pleasure Episodes (even one that hasn't happened yet).

As always, make sure to hail us at 609-512-LLAP (5527) and record your own personal TrekRanks log to let us know your Top 5 Wisest Characters. Your comments might be used via a Temporal Causality Loop in an upcoming episode. And your recording might also be considered as an audition as a future TrekRanks' guest host!