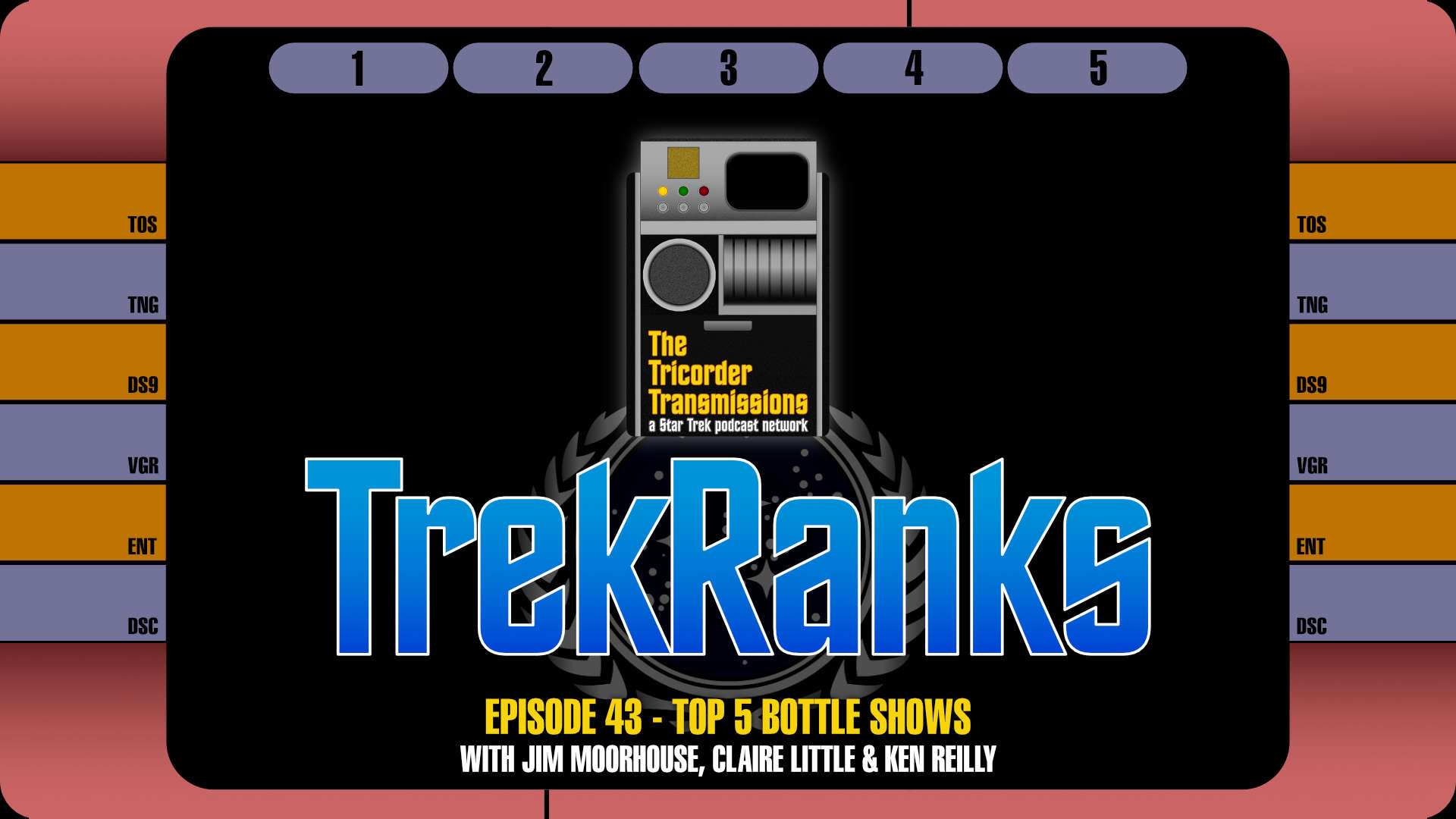 We love discussing the behind-the-scenes details of Star Trek's epic production across the last 50 years, and on this week's show we break down our Top 5 Bottle Shows (you know, those shows that were created with the budget in mind). A bottle show is defined as an episode recorded completely on standing sets, with a minimal guest cast and minimal visual effects. So, no location shoots or big new SFX on this week's show! Host Jim Moorhouse is joined this week by Claire Little and Ken Reilly of TrekCore, because for a topic like this, you need some of Trek's most knowledgeable Trekkies!

The final picks from our panel include several classics and quite a few deep cut selections that are sure to surprise. This week's show begins with our normal Diagnostic Cycle as we jump deep into what defines a Bottle Show, and then we move into our Prime Directive, where each of our guests defines how they narrowed down their selections and made their final picks.

Jim, Claire and Ken then break down their final picks in The Order of Things by revealing their "Five Words and a Hashtag Summaries." Based on the Prime Directive from each host, the canvas might be a little more narrow than one might think, but regardless of that the picks are equally split between deep cut choices and all-time classics. And the picks get even more in depth when the crew calls up their Secondary Systems selections.

After a quick recap of all the picks in the Regeneration Cycle, the episode concludes with a visit into a Temporal Causality Loop as we flashback to Episode 41 and our Top 5 Coolest Episode Titles.

As always, make sure to hail us at 609-512-LLAP (5527) and record your own personal TrekRanks log to let us know your Top 5 Bottle Shows. Your comments might be used via a Temporal Causality Loop in an upcoming episode. And your recording might also be considered as an audition as a future TrekRanks' guest host!