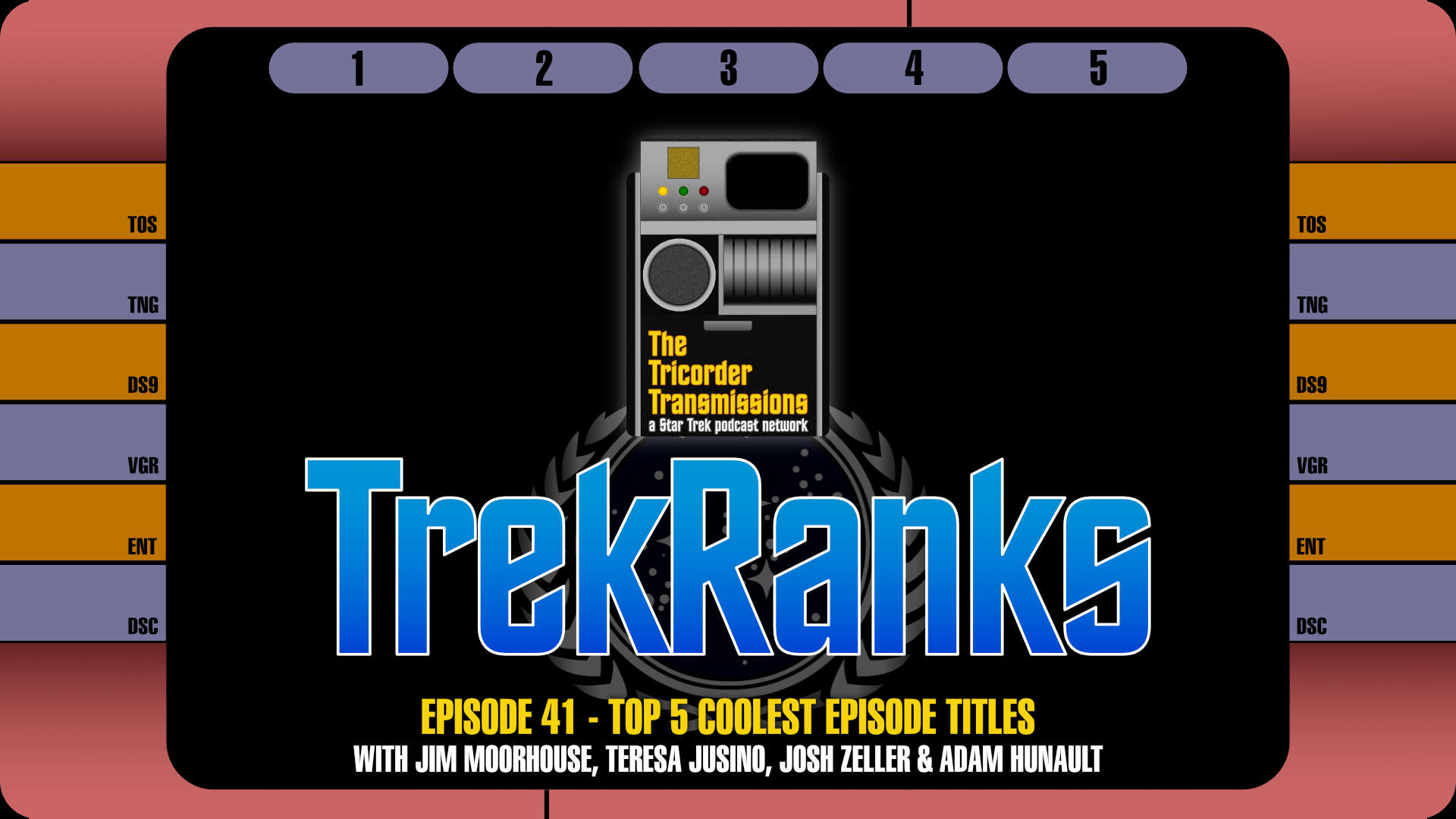 It could not be any simpler this week on TrekRanks. What are your Top 5 Coolest Episode Titles? More than anything, we love talking about the "episodes" of Star Trek, and this topic opens up the entire canvas of Trek to us. What do you think is a cool title? Something with a pun? A hidden meaning? A pulp fiction slant?

Good episodes, bad episodes. Big episodes, small episodes. One word titles or a tongue twister - everything is on the table this week for our literary panel.

The show kicks off with a Level One Diagnostic in which our host Jim Moorhouse reveals some surprising facts about the definitive number of Star Trek episodes, as well as, for the first time a breakdown on exactly how many unique Star Trek episode titles exist. (As of our release date, that number stands at exactly 700 episode titles (!), not including Part 2's or the animated series.)

In the Prime Directive section of the show everyone runs through exactly how they defined their picks and selected their five titles. And then in The Order of Things all of the picks are revealed with their own individual "Five Words and a Hashtag" summary.

After going through an extensive list of Secondary Systems picks and then a Regeneration Cycle to run through some statistics, the episode turns its attention to yet another Temporal Causality Loop. This week we flashback to Episode 39 and our Top 5 Political Episodes.

As always, if you have your own lists or picks you want to share with us, please make sure to hail us at 609-512-LLAP (5527) and record your own personal TrekRanks log to let us know your Top 5 Coolest Episode Titles. Your comments might be used via a Temporal Causality Loop in an upcoming episode.

Adam Hunault
TrekRanks guest and friend of the network!