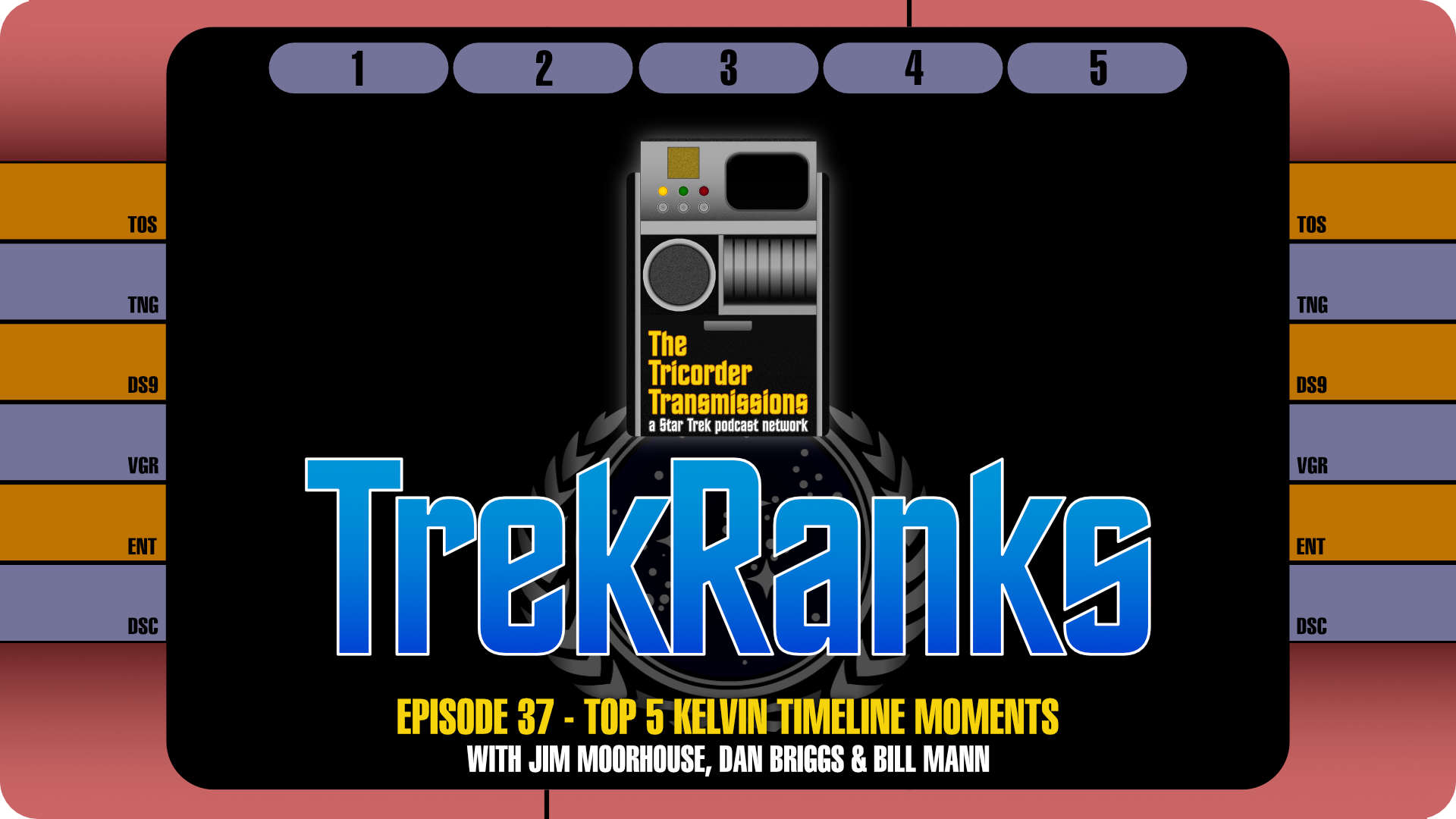 The Kelvin Timeline films from producer JJ Abrams gave Star Trek a jump start in 2009 with the launch of an excellent trilogy of new actors, new characters and new looks. On this week's TrekRanks Podcast, we dive into the red matter to dissect our Top 5 Kelvin Timeline Moments. Host Jim Moorhouse is joined by Dan Briggs and Bill Mann from TrekLive to help break it all down.

The show opens with a Level One Diagnostic breaking down the five distinct categories used to analyze the three films. In order, this week's panelists reveal their picks in the following categories: Production Design, Scene or Moment, Wildcard Pick (Dabo!), Performer and Film. While production design, scene or moment and performance are pretty clear categories, the Round 3 topic of the Wildcard Pick is basically the Dabo Round to choose anything you want to highlight. And in Round 1 each guest quickly ranks the films from 3 to 1.

After a quick Prime Directive to detail how each host approached their lists, the crew jumps in to The Order of Things to reveal their picks (all featuring the usual "Five Word Summary and a Hashtag" summary.

After going through a few Secondary Systems picks and a Regeneration Cycle breakdown, the episode winds down with a red matter jump into a Temporal Causality Loop and a voicemail with feedback from our Trek Mount Rushmore episode of TrekRanks.

If you have your own picks, please make sure to hail us at 609-512-LLAP (5527) and record your own personal TrekRanks log to let us know your Top 5 Kelvin Timeline Moments. Your comments might be used via a Temporal Causality Loop in an upcoming episode.