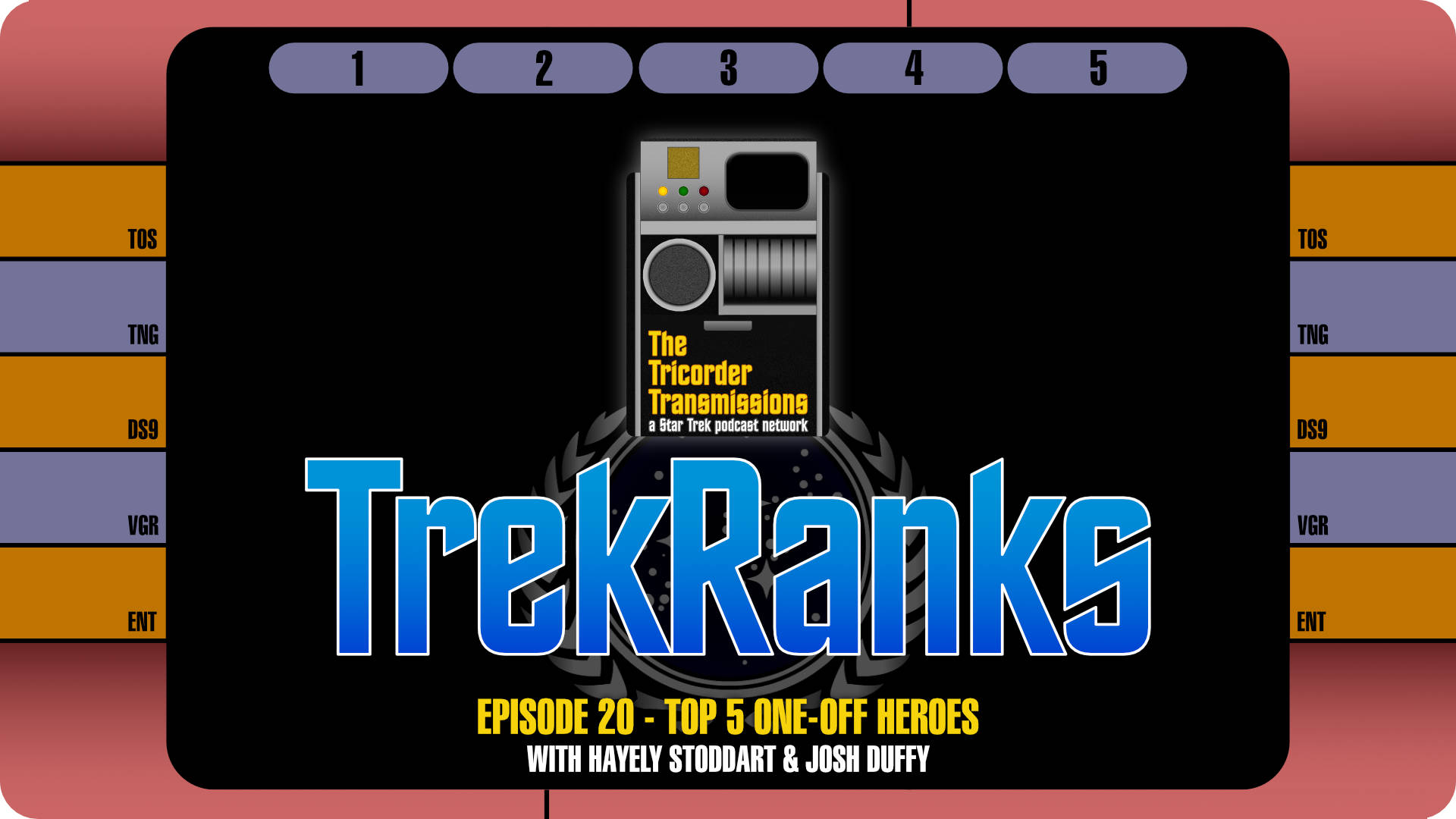 In our first TrekRanks' sequel, we break down our Top 5 One-Off Heroes as a companion piece to our One-Off Villains back in Episode 7. TrekRanks host Jim Moorhouse is joined by Hayley Stoddart (and later Josh Duffy) to pick the best of Trek's one-appearance heroes! In a nice surprise, the conversations delve into a number of episodes never before featured on TrekRanks.

The Diagnostic Cycle on this week's show sees our team defining what they look for in a hero and rattling off a few of their non-Trek heroes. It's an interesting precursor, to each host defining their personal Prime Directive on how they narrowed their picks (which wasn't easy to do).

Jim also makes sure that everyone is clear on how TrekRanks is defining a one-off hero, which is basically a character who appeared in only episode (or a two- or three-part episode). So Bajoran freedom fighter Li Nalas is totally eligible (appeared in three episodes), but Borg freedom fighter Hugh is not.

Jim and Hayley then compiled The Order of Things by revealing their "Five Word Summary and Hashtag" for each of their Top 5 One-Off Heroes. After revealing a few extra picks via the show's Secondary Systems, a breakdown of the picks in the Regeneration Cycle revealed some fun statistics about which shows were best represented (holla Kelvin Timeline!).

The episode then jumps back in time via a Temporal Causality Loop to our Top 5 Ben Sisko Episodes, where our shout outs to Sisko include some shout out from Sisko.

But this week's show doesn't end there. In a special TrekRanks epilogue, Josh Duffy rattles off his Top 5 One-Off Heroes after originally have difficulty connecting via his subspace transceiver array. After recalibrating our connections, though, Josh is able to go through his picks as a compliment to his appearance on the One-Off Villains episode.

As always, make sure to hail us here on our website by leaving a voicemail and record your own personal TrekRanks log to let us know your Top 5 One-Off Heroes in Star Trek. Your comments might be used via a Temporal Causality Loop in an upcoming episode.