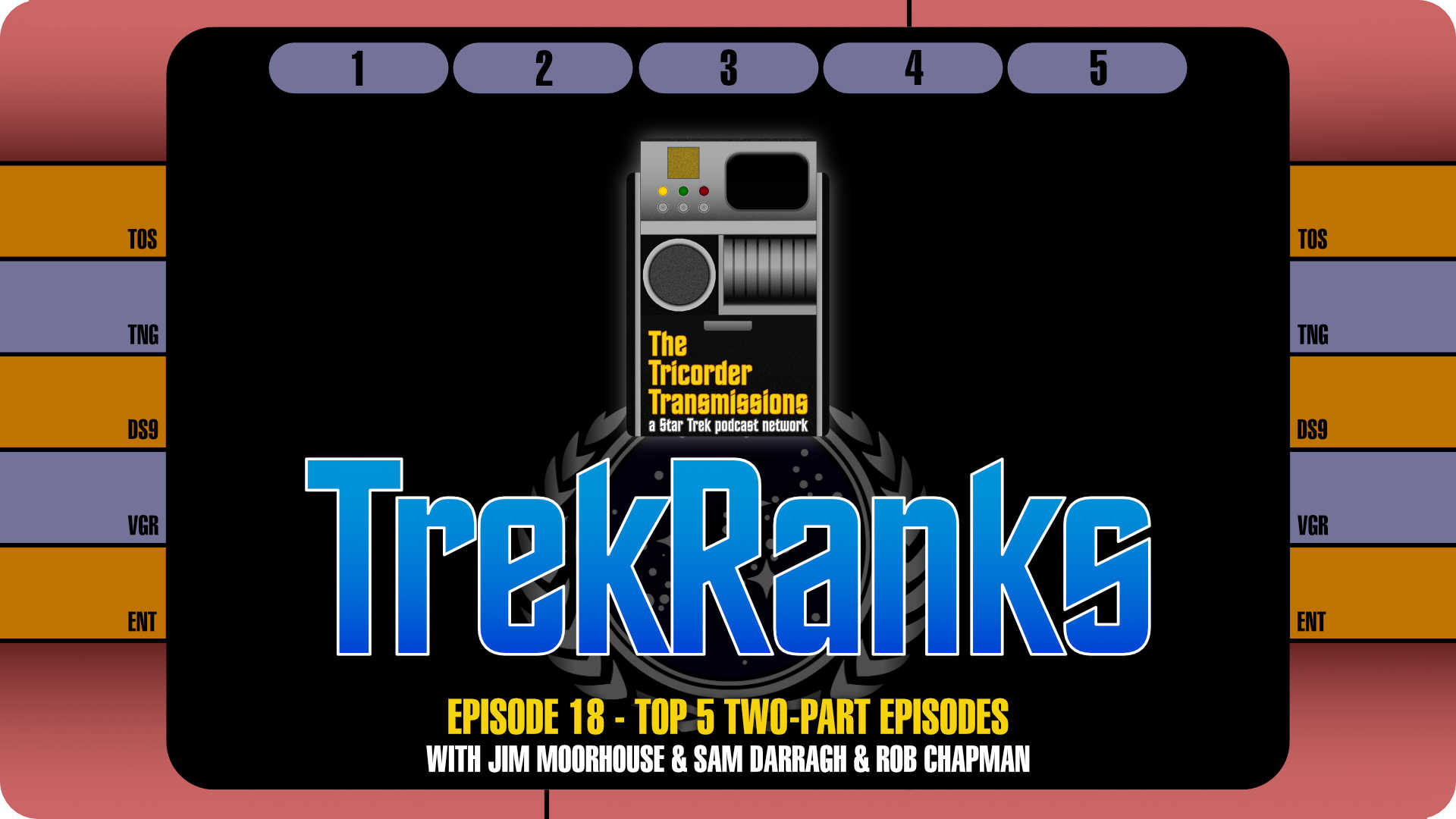 "Last time on... Star Trek." You know it's a big, epic episode when you hear those words. This week on the TrekRanks Podcast we break down our Top 5 Two-Part Episodes. And honestly, What's better than a two-part episode of Star Trek? Basically nothing. Every pick this week is told on a big, layered Star Trek canvas. Nope. Nothing better than that.

TrekRanks host Jim Moorhouse is joined by Sam Darragh of the Trekkie Girls and Rob Chapman of the Trek Book Club on Twitter, to reveal their two-part selections! In this week's Diagnostic Cycle, the crew breakdown some of the stats on two-part episodes, of which there are 41 from which to choose (which does not include longer arcs and three-part episodes), including one from TOS, 10 from TNG, 11 from DS9, 12 from Voyager, six from Enterprise and one from Discovery!

Once the framework was established, the three hosts went into the personal Prime Directive's that helped guide their decisions. Favorite episodes? Favorite characters? Favorite series? All those items and more factored into the 15 overall picks.

The crew then compiled The Order of Things by revealing their "Five Word Summary and Hashtag" for each of their Top 5 Two-Part Episodes. After revealing a few extra picks via the show"s Secondary Systems, a breakdown of the picks in the Regeneration Cycle revealed a few interesting patterns emerging from the overall selections.

The episode concludes with a visit into a Temporal Causality Loop as we flashback to Episode 17 for listener feedback regarding our Top 5 Pop Culture References.

As always, make sure to hail us here on our website by leaving a voicemail and record your own personal TrekRanks log to let us know your Top 5 Two-Part Episodes in Star Trek. Your comments might be used via a Temporal Causality Loop in an upcoming episode.

Sam Darragh
TrekRanks guest and friend of the network!

Rob Chapman
TrekRanks guest and friend of the network!