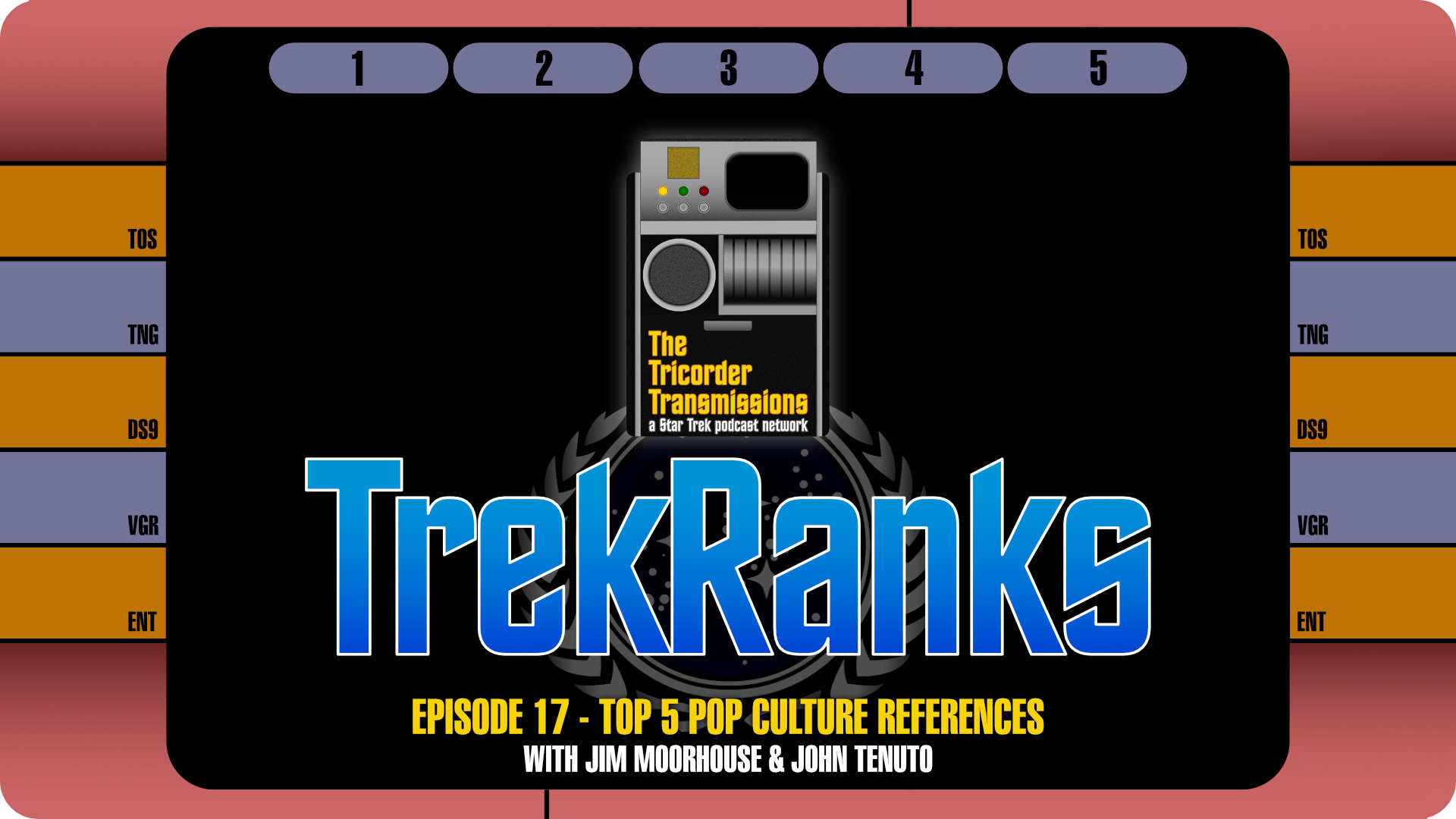 It's another TrekRanks deep cut special as we dive into the Top 5 Pop Culture References in Trek history. Host Jim Moorhouse is joined by legendary Star Trek researcher John Tenuto for a topic that is tailor made for his expertise. The final selections reflect an amazing array of smart, well-placed pop culture references throughout Trek's history - some subtle, and some not so subtle. If history, sociology or Star Trek is your thing, then this episode is for you!

The show begins with a Diagnostic Cycle that helps Jim and John define the breath of what a Pop Culture Reference in Star Trek could entail (music, art, historical references - all both real and fictionalized for Trek). In the Prime Directive, the crew reveals exactly how the narrowed down their picks, targeting real word references that both impacted their episode or were just plain fun.

In The Order of Things the hosts unveil their "Five Word Summary and Hashtag" for each of their Top 5 Pop Culture References and the episode in which it appeared most prominently for them. The picks cover a large spectrum of society and how it is reflected in Star Trek (exactly as we'd hoped it would).

After a quick recap of all the picks in the Regeneration Cycle, the episode concludes with a visit into a Temporal Causality Loop as we flashback to Episode 16 for an awesome listener voicemail featuring the Top 5 Scenes in a Turbolift.

John Tenuto
Star Trek researcher and friend of the network!