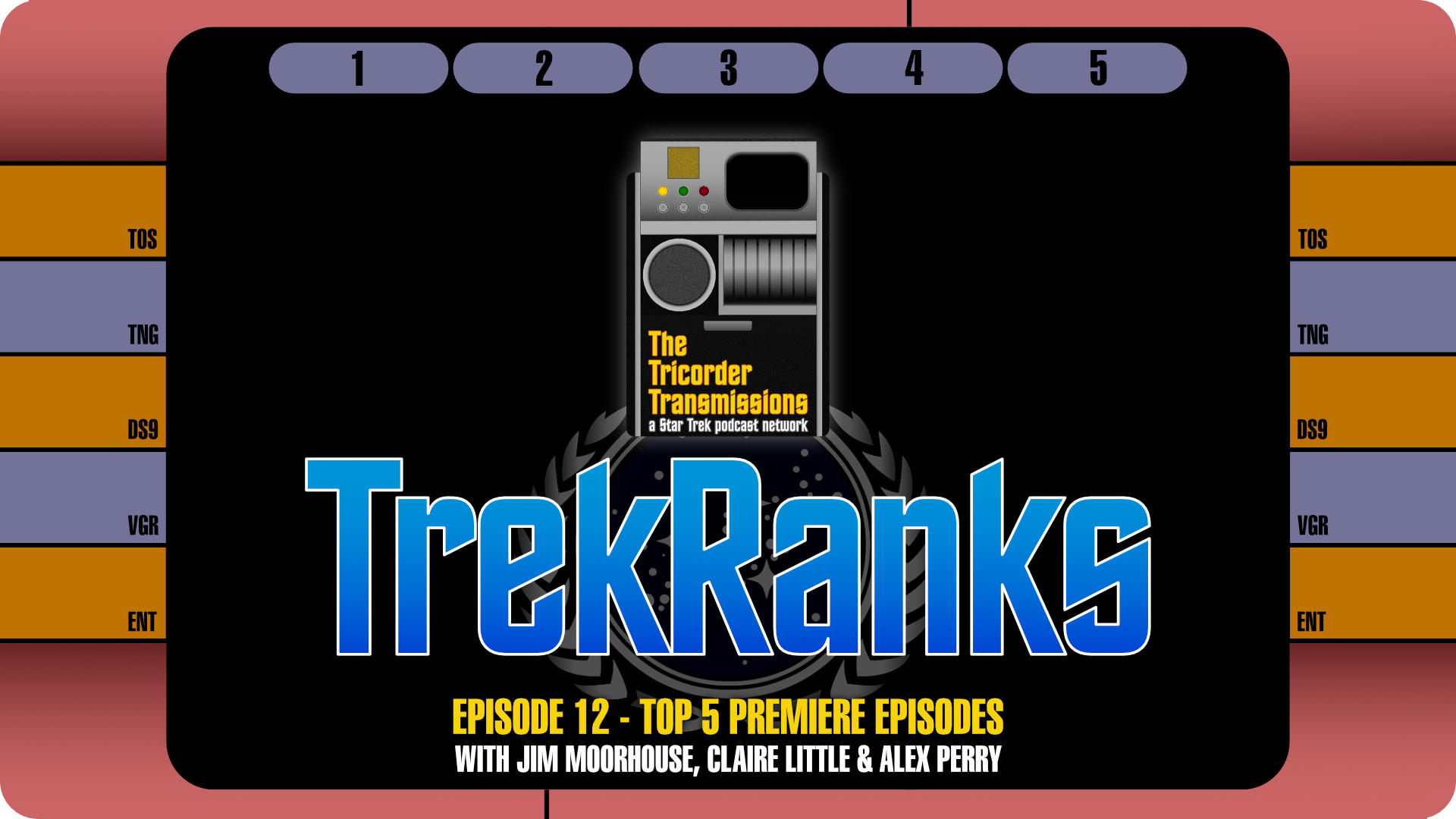 Host Jim Moorhouse is joined by Alex Perry (novel reviewer for TrekCore) and Claire Little (the first two-time guest on TrekRanks and a frequent contributor to the Tricorder Transmissions Podcast Network).

Because of the finite list of possible choices in ranking Trek's Top 5 Premiere Episodes, the show features a slightly tweaked format. In the opening Diagnostic Cycle, Moorhouse runs though the show's new format and each guest contrasts their memories of past series anticipation against that of Discovery.

Then in the expanded Prime Directive section of the show, the panelists go through each premiere episode and highlight one of their favorite things about each series debut. At the conclusion of that discussion, we jump into The Order of Things where each guest quickly runs through their Top Five choices.

The episode concludes with a visit into a Temporal Causality Loop as we flashback to Episode 11 for listener feedback regarding our Top Five Epic Arcs.

As always, make sure to hail us here on our website by leaving a voicemail and record your own personal TrekRanks log to let us know your Top 5 Epic Arcs in Star Trek history. Your comments might be used via a Temporal Causality Loop in an upcoming episode.