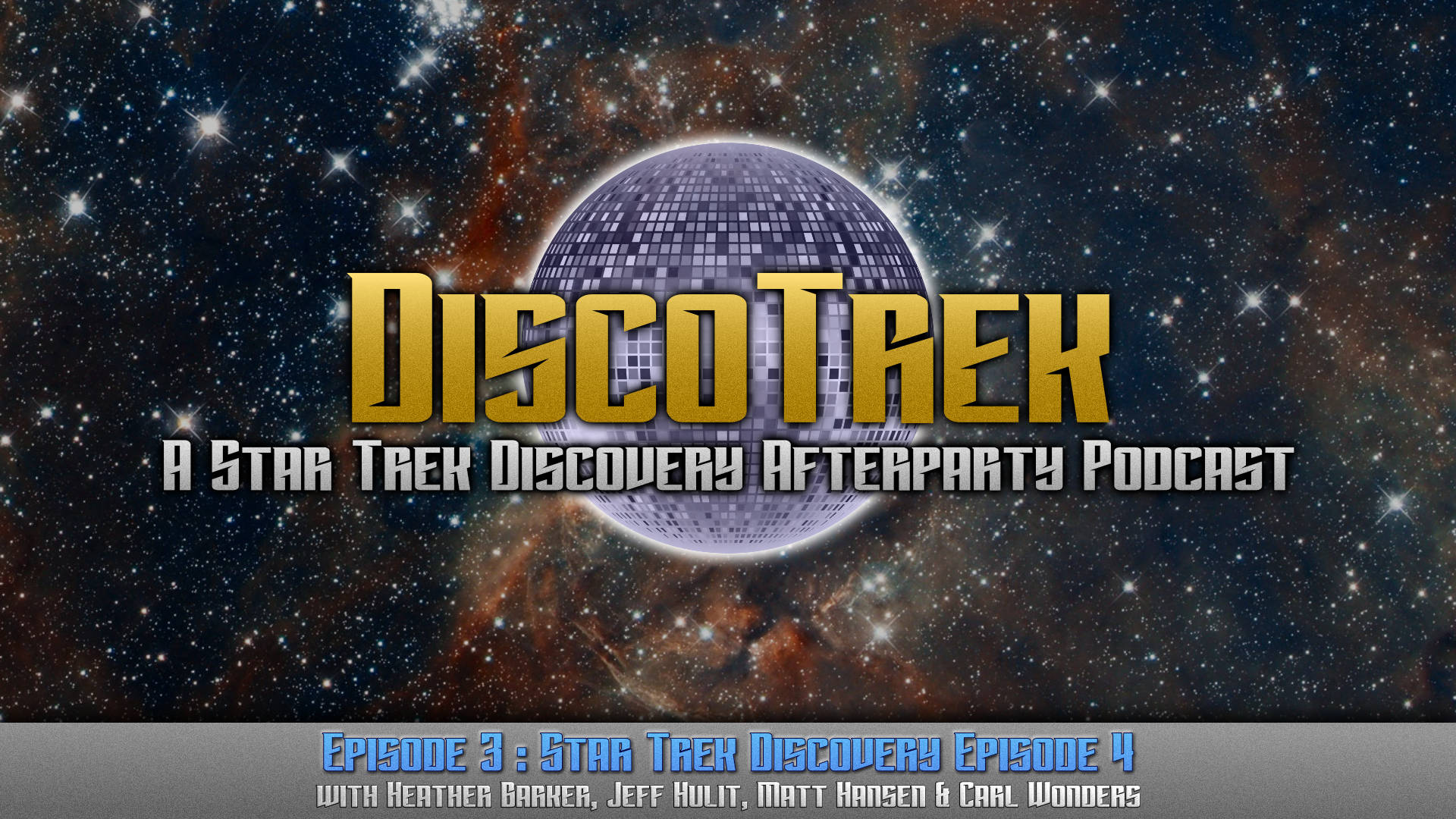 In this episode of Disco Trek: A Star Trek Discovery After Party Podcast hosts Heather and Jeff are joined under the disco ball by guests Matt Hansen and Carl Wonders to discuss the fourth episode of Star Trek: Discovery, "The Butcher Cares Not for the Lamb's Cry."

Join us as we delve into our reactions to each episode, including our thoughts regarding the developing story arch of the Klingons; Michael Burnham's relationship with the tardigrade; and just how amazing it was to see the Discovery transform into the disco ball.