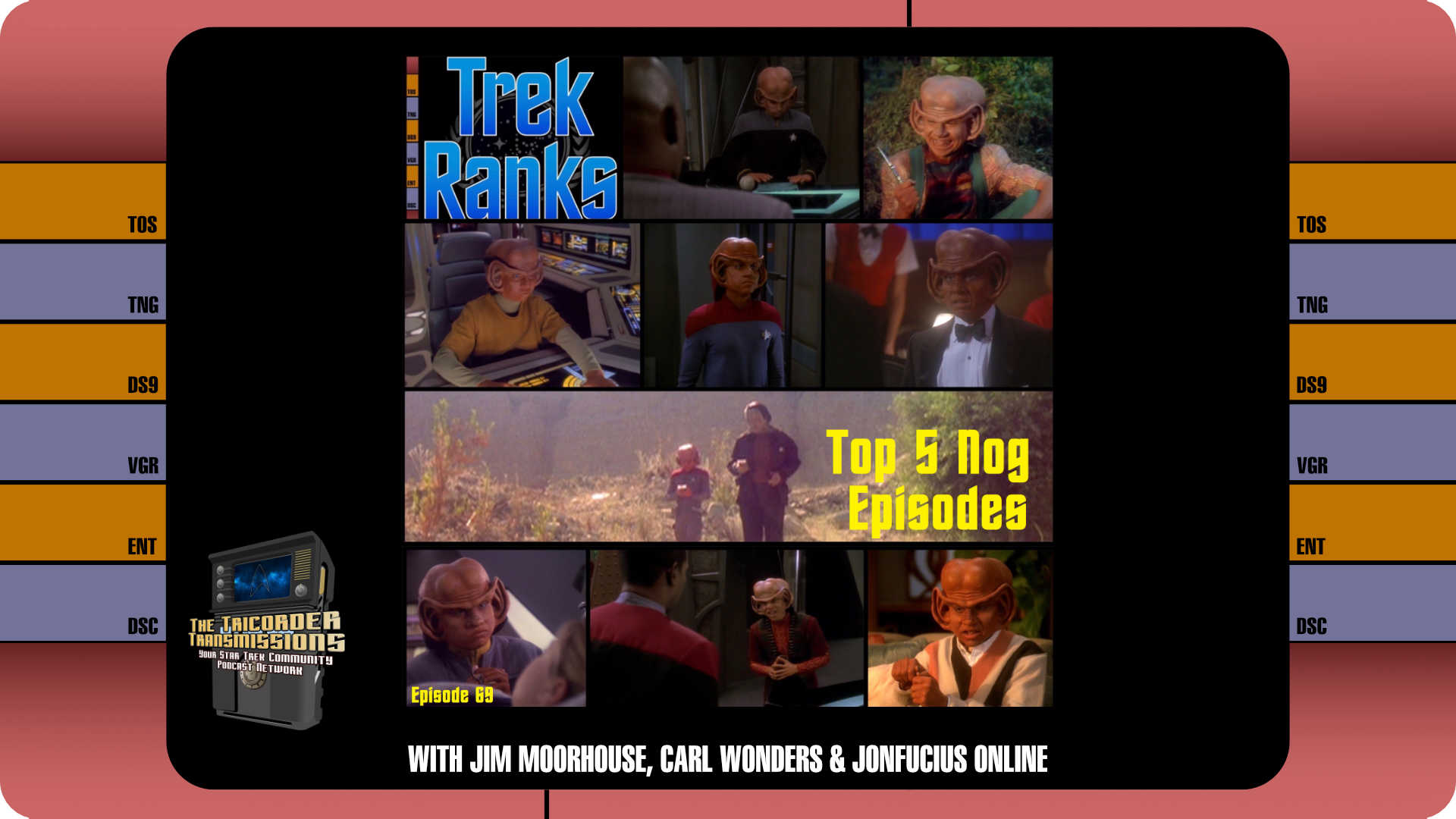 On this week's TrekRanks we celebrate the Top 5 Nog Episodes and everything the great Aron Eisenberg gave to us in his amazing portrayal of Starfleet's favorite Ferengi. With one of the greatest story arcs in Star Trek history, Nog was literally there from the beginning to the end of Deep Space Nine, playing a critical role in grounding the series storytelling in family, love and loss. And as much as that was all on the page, it was Eisenberg's incredible abilities that gave Nog life. We break down all of our favorite Nog episodes and moments with guests Carl Wonders and Jonfucius Online. If you love Trek, you are going to love this celebration of Aron Eisenberg.

The show begins with our hosts each describing Nog with one word in the Diagnostic Cycle. After that each panelist discusses their Prime Directives to reveal exactly how they narrowed down their picks. Nog is the first recurring character to feature in our Character Series on TrekRanks, and the sure volume and quality of the 45 DS9 episodes he appeared in made narrowing down each list very difficult.

In The Order of Things the hosts unveil their "Five Word Summary and Hashtag" for each of their Top 5 Nog Episodes and also unveil a specific moment from each of their selections to better define how they view the character. Big moments, small moments – they're all here (including more than few great moments with Ben and Jake Sisko).

After a quick recap of all the picks in the Regeneration Cycle, the episode concludes with a visit into a Temporal Causality Loop as we flashback to Episode 64 and our discussion of the Top 5 DS9 Underrated (a perfect companion topic to a show about Nog).

As always, make sure to hail us at 609-512-LLAP (5527) and record your own personal TrekRanks log to let us know your Top 5 Nog Episodes. Your comments might be used via a Temporal Causality Loop in an upcoming episode. And your recording might also be considered as an audition as a future TrekRanks' guest host.