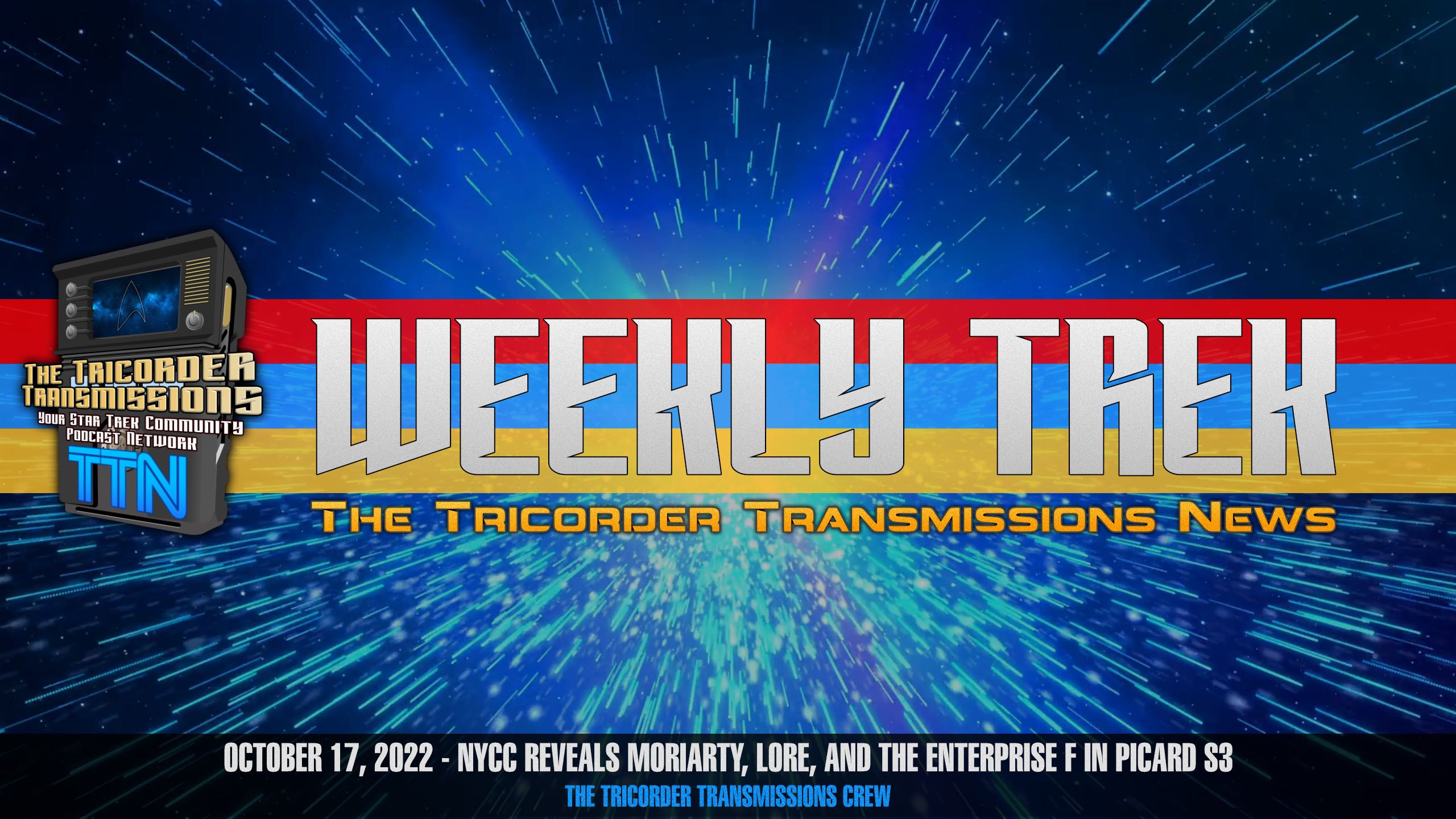 On this week's episode of WeeklyTrek - brought to you in partnership between The Tricorder Transmissions Podcast Network and TrekCore, host Alex Perry is joined by the TrekCore's own Jenn Tifft to discuss all the news out of New York Comic Con. We discuss a new trailer and reveals for Star Trek Picard - Moriarty, Lore, and the Enterprise F - as well as new trailer for Star Trek Discovery season five and the back half of Prodigy season one... did we mention Jellico is returning? We also talk about another new Star Trek ongoing comic. For links to our stories, see the full show notes published at www.trekcore.com!