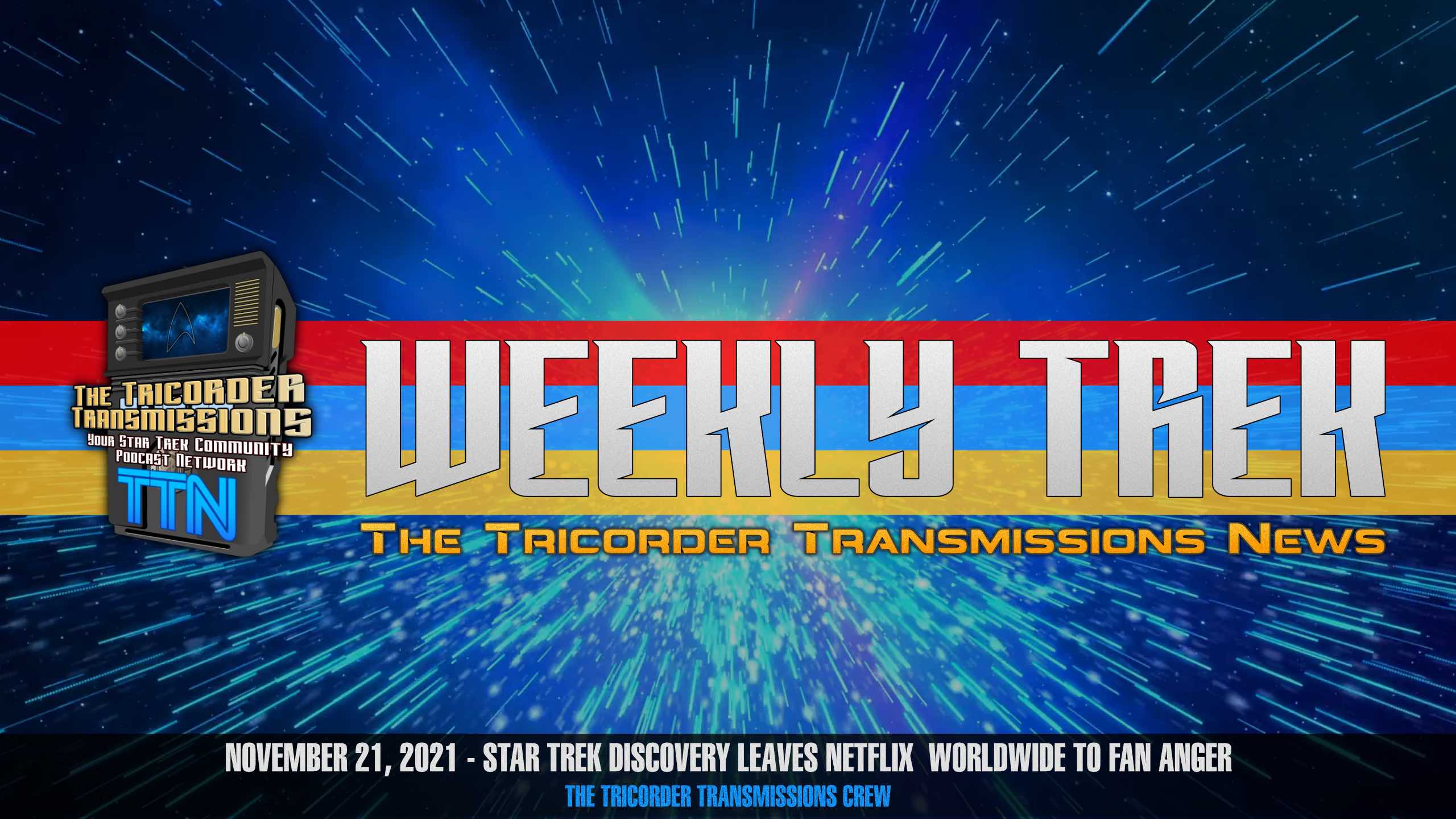 On this week's episode of WeeklyTrek - brought to you in partnership between The Tricorder Transmissions Podcast Network and TrekCore, host Alex Perry is joined by Jamie McGregor to discuss ViacomCBS's decision to pull Star Trek Discovery from Netflix just three days before season four was set to debut, another delay for the next Star Trek movies, three Saturn Award wins for Star Trek, and our first look at Discovery season 3 Eaglemoss ships. For links to our stories, see the full show notes published at www.trekcore.com!