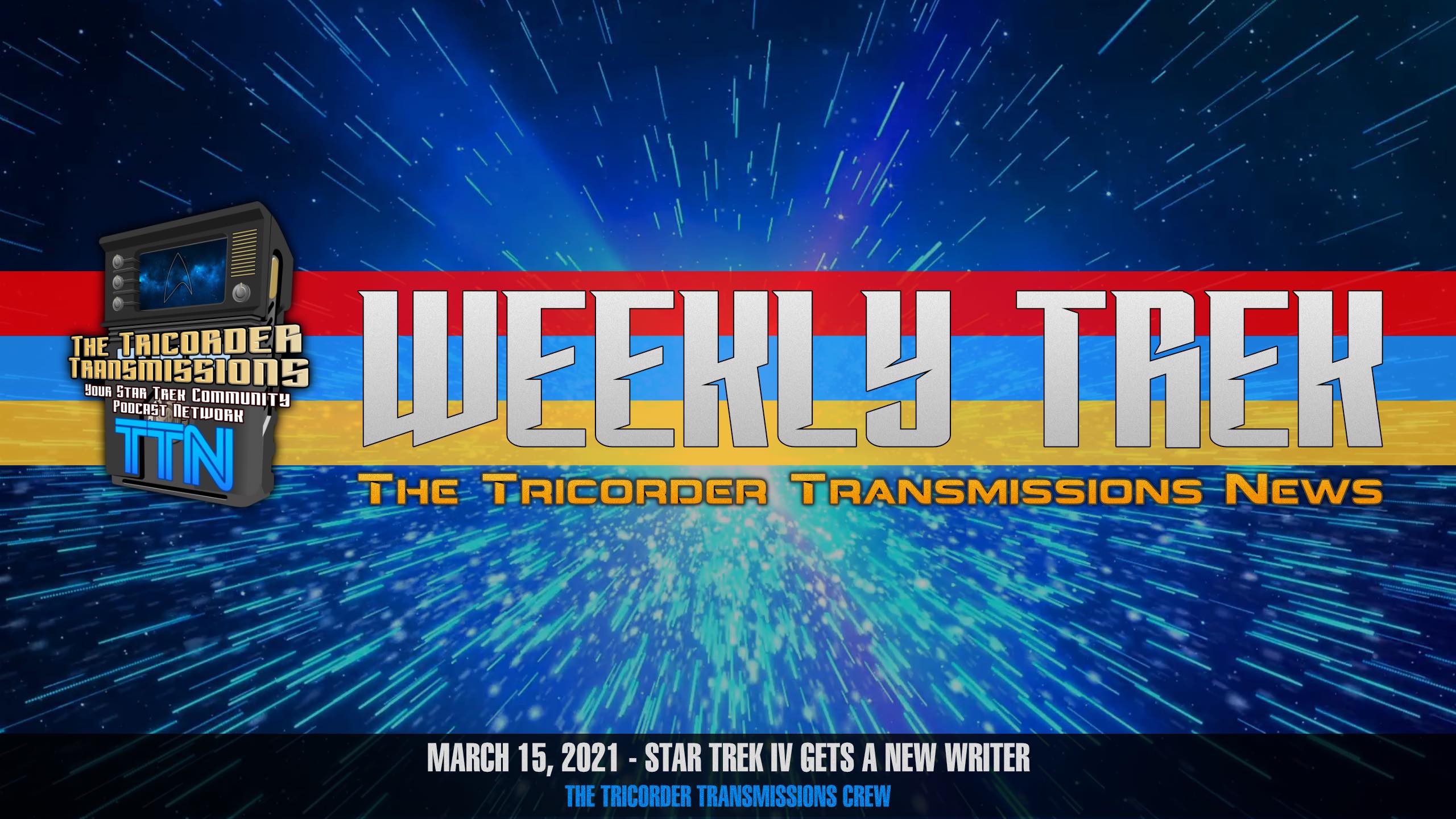 On this week's episode of WeeklyTrek - brought to you in partnership between The Tricorder Transmissions Podcast Network and TrekCore, host Alex Perry is joined by Ron Wrobel to discuss all the latest Star Trek news. This week, we discuss the news that Star Trek IV has a new writer (this will be the fourth attempt to get a new Star Trek movie off the ground!) In addition, we discuss Colm Meaney's take on returning to Star Trek, William Shatner's return to the Star Trek Tour in Ticonderoga, NY, and more Eaglemoss ships. For links to our stories, see the full show notes published at www.trekcore.com!