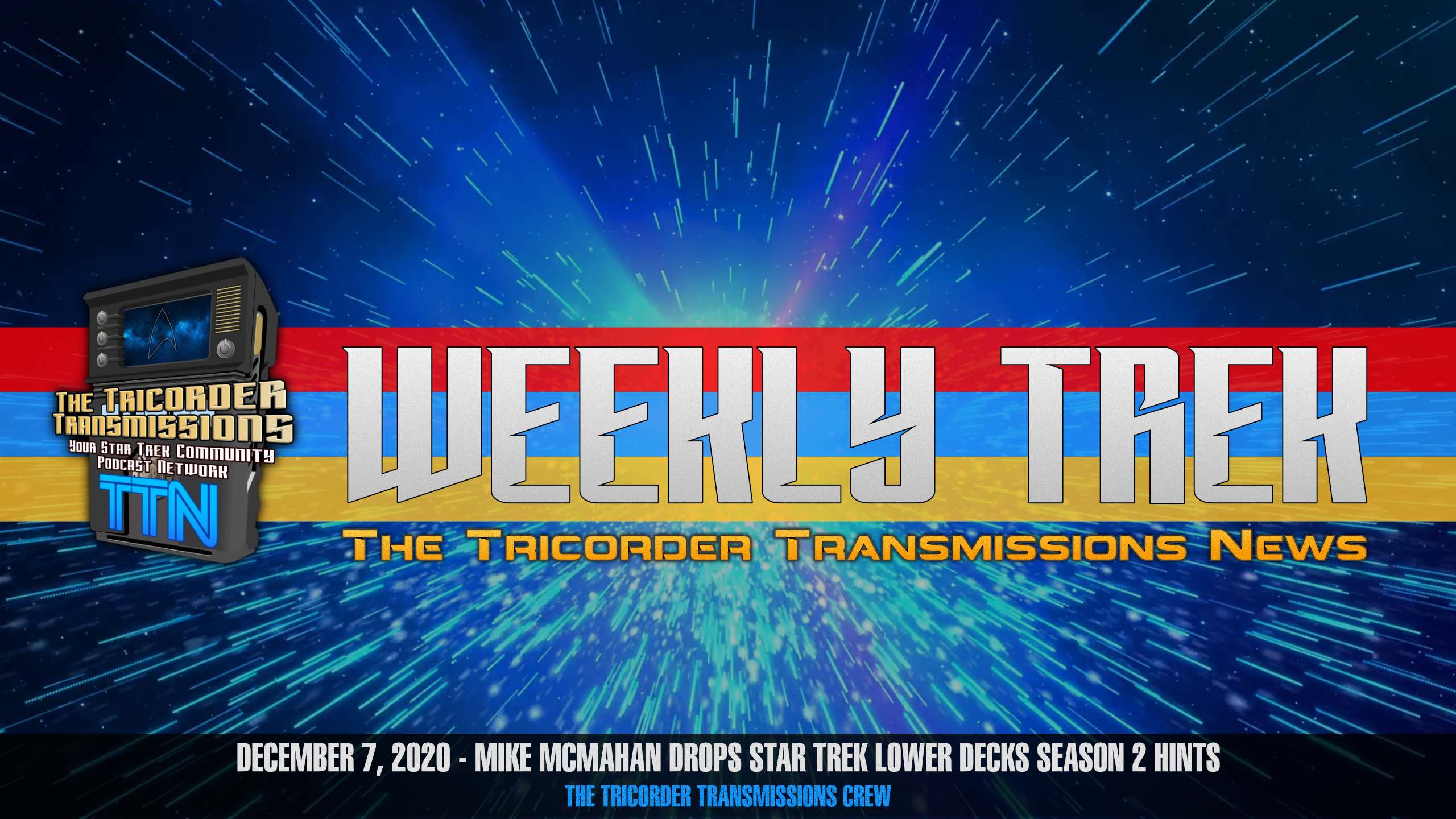 On this week's episode of WeeklyTrek - brought to you in partnership between The Tricorder Transmissions Podcast Network and TrekCore, host Alex Perry is joined by Caleb Dorsh to discuss all the latest Star Trek news.

This week, Alex and his guest discuss the following stories from around the web:

Inverse - Picard Co-Creator Reveals Why Discovery Had to Change the Vulcans - (Listen at 13:33)

TrekMovie - Star Trek: Voyager' Documentary Production Has Resumed, Will Be Different From DS9 Doc - (Listen at 20:48)

TrekCore - Drink and Dine in the 24th Century With Ukonic's LCARS-Themed STAR TREK: TNG Dinnerware and Whiskey Set - (Listen at 25:46)

In addition, stick around to listen to Caleb's theory about the role that the Temporal Cold War might play in Star Trek Discovery (and maybe Star Trek Picard!), and Alex's wish for an Enterprise version of the recent Star Trek Voyager: A Celebration book.

Do you have a wish or theory you'd like to share on the show? Tweet to Alex at @WeeklyTrek, or email us with your thoughts (weeklytrekttt@gmail.com) about wishes, theories, or anything else about the latest in Star Trek news!