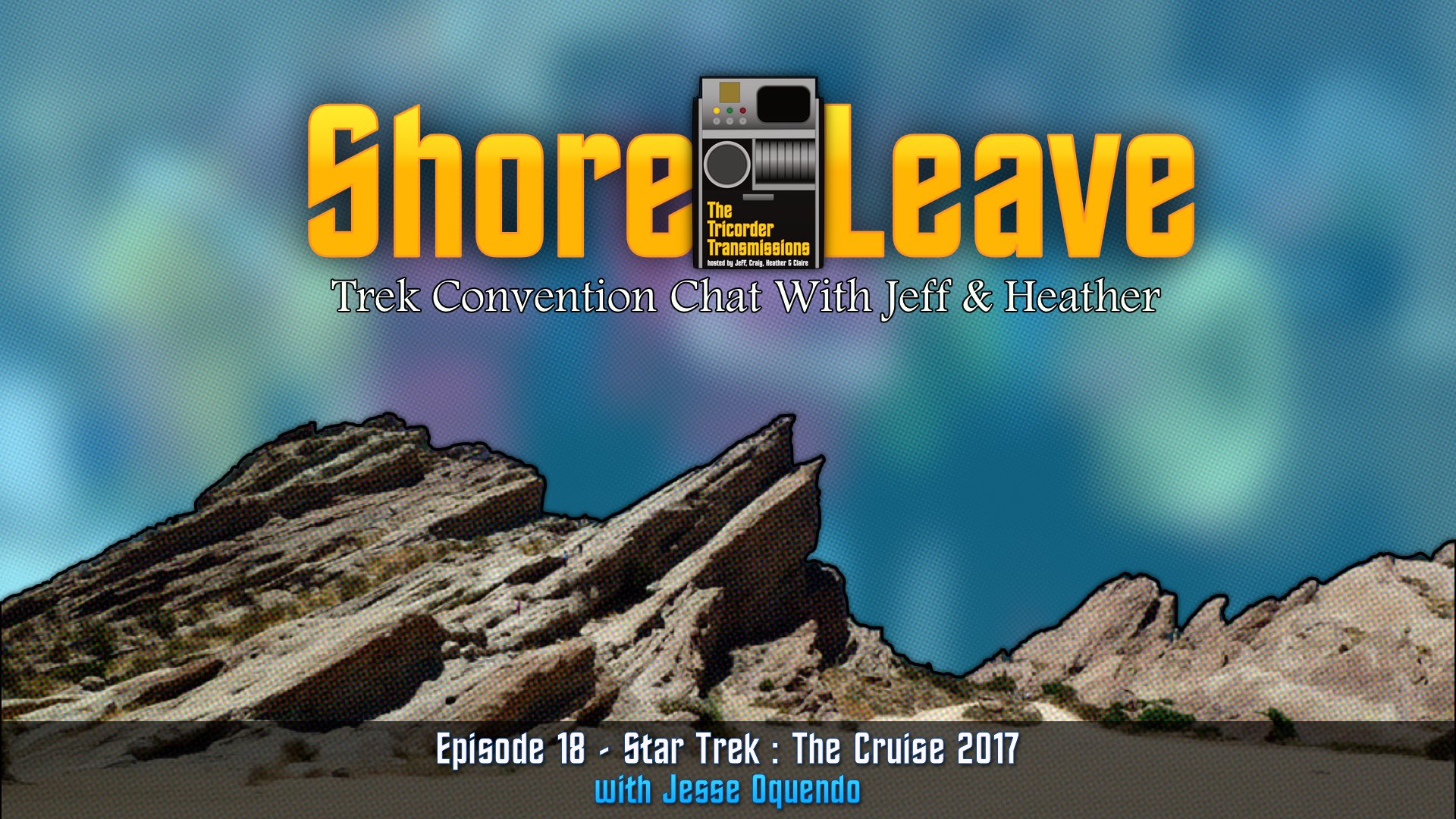 Jeff and Heather are joined by friend of the show Jesse Oquendo to chat about STLV news, the recent ticket price hike, and Star Trek : The Cruise! Jesse tells us all about his time on the ship, the celebs, events, ports of call, Trek themed food & drinks, and lots more!

Before we get into the Cruise, Heather and Jeff stop to reflect on the one-year anniversary of Shore Leave, the 17 episodes we released during that time, the new friends and family we've made, how much they deeply appreciate the love and support from their listeners, and the bright future of the show.

Jesse Oquendo
Friend of the show and fellow STLV attendee!