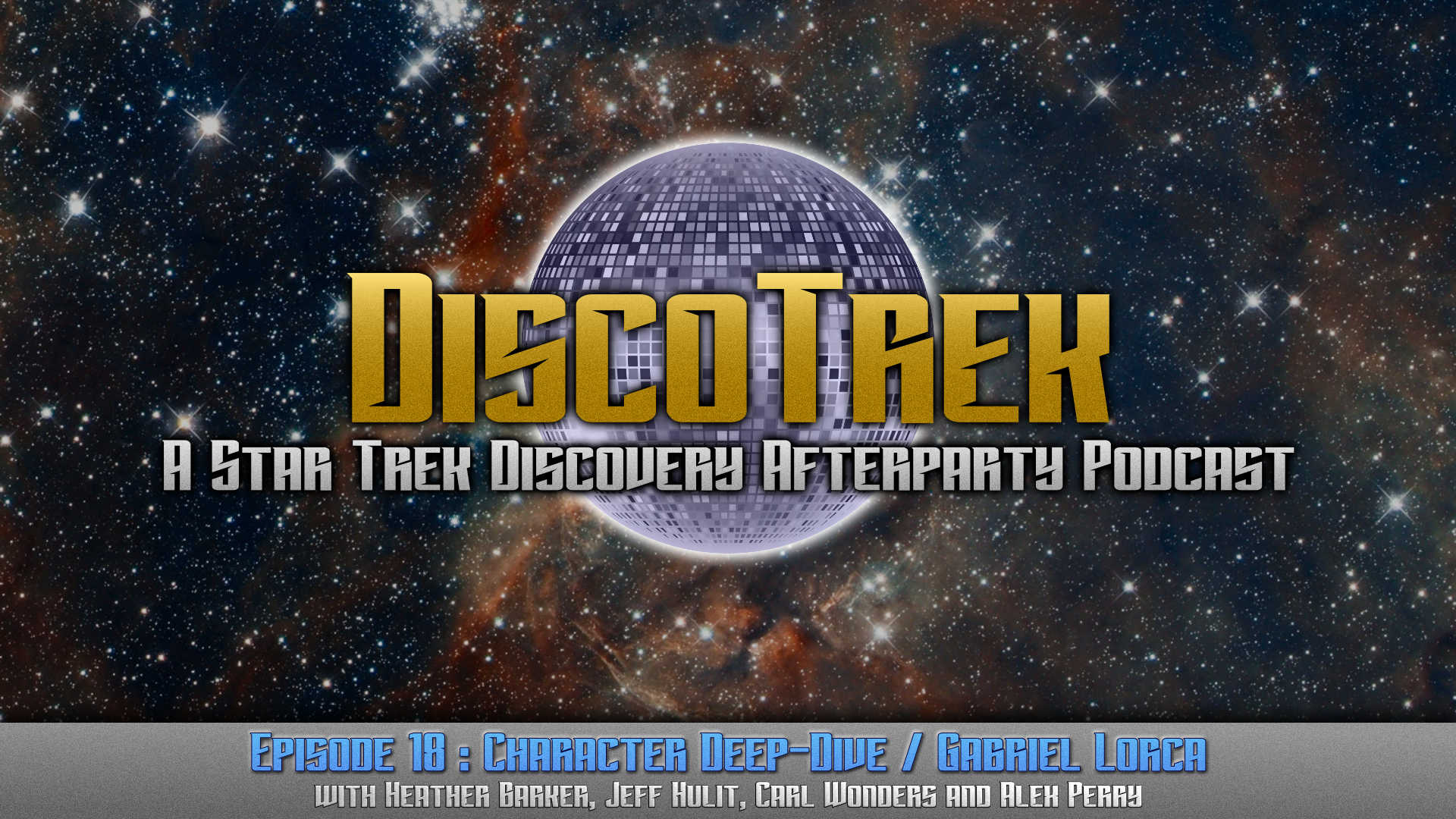 On this episode of Disco Trek: A Star Trek Discovery After Party Podcast hosts Heather and Jeff are joined under the disco ball by Star Trek fans Carl Wonders and Alex Perry for a character deep-dive into Gabriel Lorca!